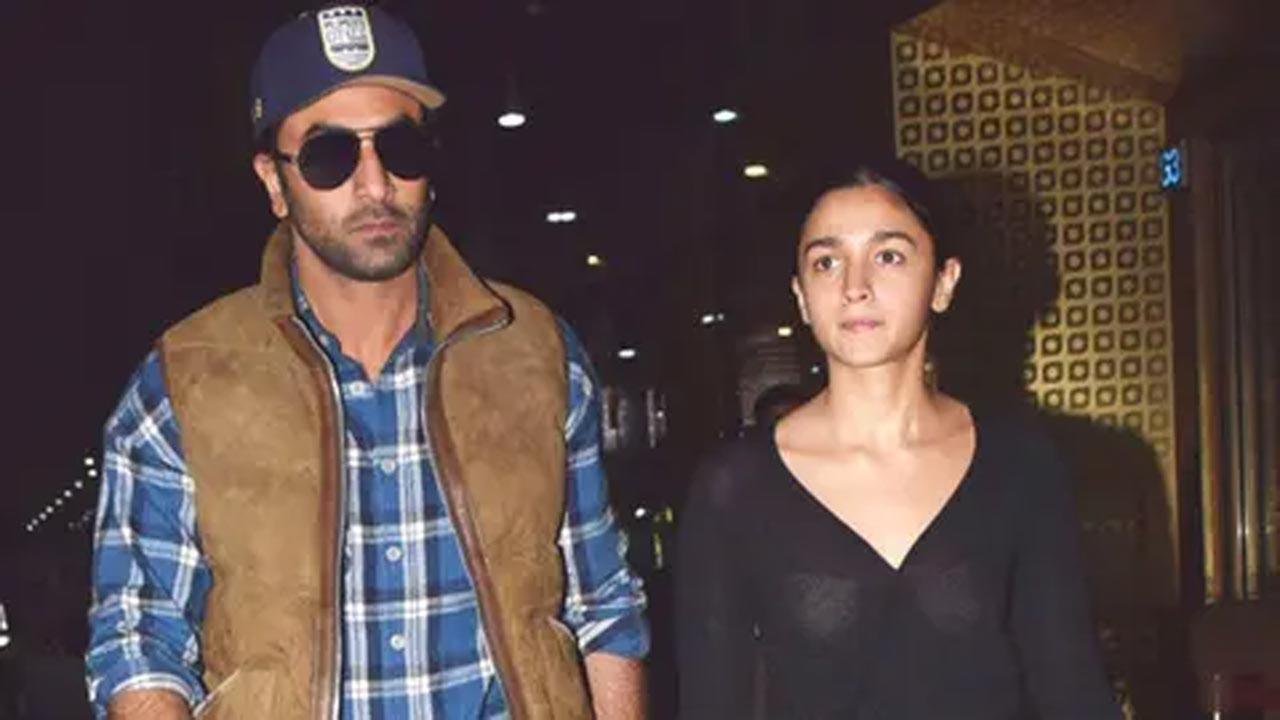 In the very first episode, when Karan said that Ranbir and Alia's upcoming film, 'Brahmastra' was the "product" of their love story, Alia, looking pretty in pink admitted that "it was not meant to happen" if they did not take the flight to Israel's Tel Aviv on New Year.

The 'Gangubai Kathiawadi' actor opened up that although her friends told her that she and Ranbir "were totally going to get together" she wanted the process to "happen naturally".

"We both talked about it on our flight to Tel Aviv to do a workshop on Brahmastra. So, I remember him walking in and he was supposed to sit next to me. He sat next to me. Something got stuck in his seat, some malfunction was happening in his seat so they were going to move him to another seat. And I was like, 'Why is my dream getting shattered?" disclosed Alia.

"But then his seat got fixed, so he came and sat back. And then when we exchanged notes.." added Alia before going to explain that Ranbir was quite irritated that the seat had to "break down at that moment" when the duo were seated together "nicely".

The newlywed Alia further said that the "vibe" between her and Ranbir "started from there only", remarking that the rest "was history", flashing her adorable smile.

Blushing on the show, Alia further revealed how Ranbir had planned to propose to the 'Raazi' actor which absolutely blew away her mind, in a place that the star couple had a "strong connection with". Both Ranbir and Alia agreed to just "go with the feeling"

"That's exactly what he did. He didn't tell anyone, he just carried the ring and he did it in the most amazing place because it's a place that we both have a strong connection with, which is Masai Mara. And in the middle of the jungle, it was just amazing," confessed Alia.

Also Read: Ranveer Singh: Deepika’s mom didn’t know what to make of me

However, after the proposal Alia got the surprise of her life when Ranbir "managed to take pictures" of the whole act, especially knowing Alia's love for pictures.

"What I didn't expect was he had planned our guide to take the pictures also. So after everything was over, I was still dealing with the shock and I was so emotional. He took pictures and I was like, 'You managed to take pictures?' Because he knows how much pictures mean to me. It was too special," confessed Alia with a smile.

Alia and Ranbir got married on April 14 this year. Soon after, Alia took to Instagram and announced the happy news that she was pregnant.

Hotstar Special Koffee with Karan season 7 will exclusively stream on Disney+ Hotstar from July 7, 2022, with the host Karan back with his quirky questions and rapid-fire rounds. Apart from Alia-Ranveer, the new season of the show will showcase many big faces including Akshay Kumar, Samantha Prabhu, Shahid Kapoor, Kiara Advani and many more.

Meanwhile, the 'Dear Zindagi' actor will be next seen in the Netflix film 'Darlings' with Vijay Verma and Shefali Shah which will stream from August 5, 2022. She also has 'Bhramastra Part 1: Shiva' with Ranbir Kapoor and Amitabh Bachchan and 'Rocky aur Rani Ki Prem Kahani' with Ranveer Singh on her bucket list.

Also Read: Interesting facts and candid pictures of Neetu Kapoor with her family

Next Story : 'Koffee with Karan 7': Karan Johar finally opens up about harsh trolling during pandemic