Mumbai gets its first viewing deck over Dadar shore

The elevated deck over Dadar seashore overlooking the Bandra-Worli Sea Link was built at a cost of Rs 6.1 crore; more to come up. Dharavi gets 111-seat community amenity centre 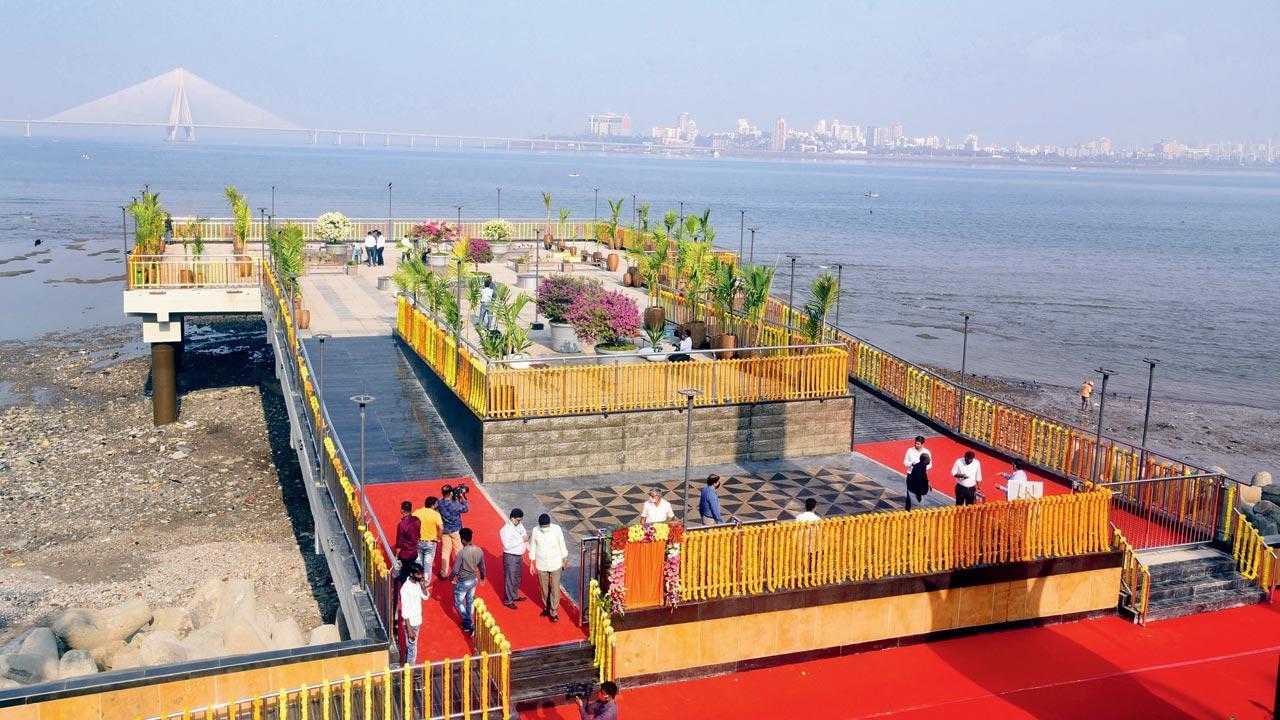 The deck is built at a height of 10 feet from the sea and is supported by 26 pillars. Pics/Shadab Khan


Mumbai got its first viewing deck—Mata Ramabai Ambedkar Smriti Viewing Deck—over the Dadar shore that overlooks the sea and Bandra-Worli Sea Link. The elevated platform was constructed within a year over a storm water drain outfall. The corporation may plan more such decks across the city. Mumbai Suburban Guardian Minister Aaditya Thackeray inaugurated the deck as well as a Suvidha Kendra in Dharavi on Wednesday.

Thackeray has instructed the BMC administration to set up such viewing decks at other places as well. “There are 44 outfalls in the city and there can be 40 such decks. The next one is proposed near P D Hinduja Hospital,” said a BMC official. 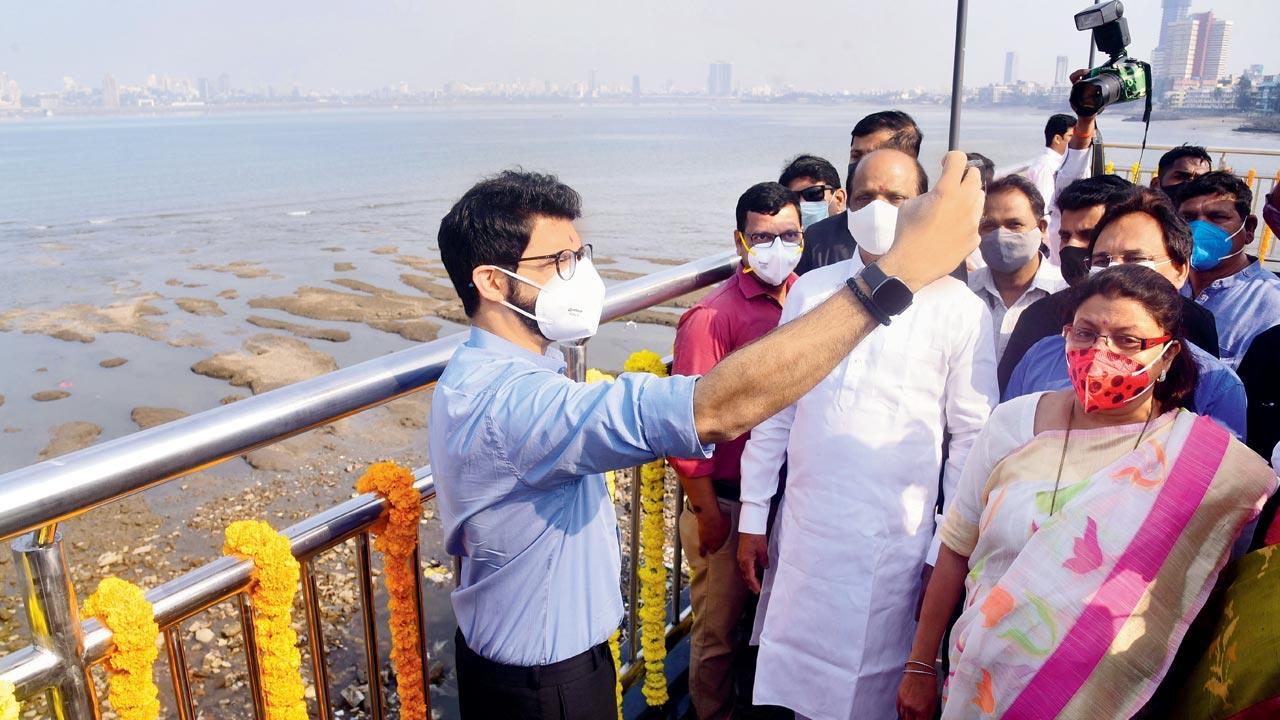 The viewing deck is near Chaityabhumi, the cremation site of Dr Babasaheb Ambedkar. The idea was first mooted in 2020 and the Brihanmumbai Municipal Corporation’s standing committee approved it in October that year while construction started in March 2021.

Keeping high tide in mind, the deck has been built at a height of 10 feet from the sea. Supported by 26 pillars, it covers an area of 10,000 square feet. The deck can accommodate 300 people at a time and has seating arrangements of at least 100 people with 26 benches. In addition, 130 types of trees have been planted to beautify the space. The project cost the civic body Rs 6.1 crore, which includes five-year maintenance and housekeeping.

Rainwater from Dadar and surrounding areas is drained into the sea through the outfall below the deck. “The existing storm water drain outfall was earlier used to drain water from Indumill in Dadar. Since the mill has shut down, the outfall has been carrying water from nearby drains,” said Kiran Dighavkar, assistant commissioner, G-North ward.

With an objective of providing facilities like bathing, washing clothes, toilet facilities, etc. to citizens, the BMC is setting up community amenity centres at different parts of the city. As part of this, a two-storey centre or Suvidha Kendra has been set up at Dharavi Pumping Area in G-North ward under the Corporate Social Responsibility scheme.

The BMC claimed that the centre with 111 toilet seats has become the largest community toilet in the country. The centre also has an RO system for drinking water, solar energy panels for hot water, a laundry, and a water recycling project. It will provide facilities to around 5,000 citizens of Naik Nagar, Sangram Nagar, Shatabdi Nagar etc., in Dharavi.

The civic body is set to open 10 more such centres—two each in Dharavi, Ghatkopar, Govandi, and Santacruz and one each in Chembur and Bandra.

Next Story : Forced attempt to involve me in toppling MVA govt: Sanjay Raut