The charge came after the prime minister shared a video of a girl seated with him who spoke in Gujrati about the BJP's governance under Modi. The video was shared by many BJP leaders and some union ministers too 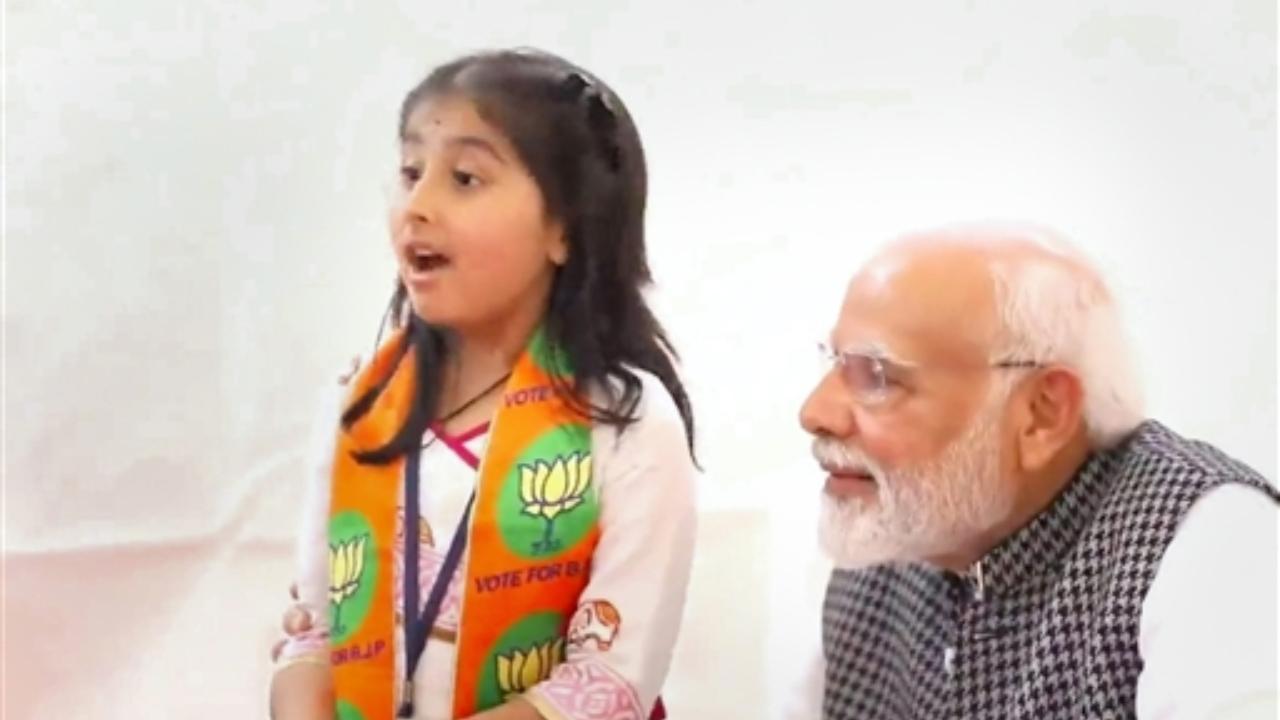 Prime Minister Narendra Modi with a young BJP supporter during the campaign of the upcoming Gujarat Assembly elections. Pic/PTI


The Congress on Monday accused Prime Minister Narendra Modi of using a child for the poll campaign in Gujarat as it asked the Election Commission and NCPCR to take note.

The charge came after the prime minister shared a video of a girl seated with him who spoke in Gujrati about the BJP's governance under Modi. The video was shared by many BJP leaders and some union ministers too.

"A small child is being used by the prime minister for election campaign. This is a clear violation of the law. Where is the Election Commission? Where is the National Commission for Protection of Child Rights (NCPCR)?" asked AICC general secretary Jairam Ramesh on Twitter.

"This is blatant, but EC and NCPCR will do nothing," Ramesh also said in response to another Congress leader's charge in a tweet.

Congress spokesperson and social media in-charge Suprya Shrinate also shared the video and alleged that this was a clear violation of the law.

"This is how children are used in politics -- PM Modi is using a small girl for election campaign. Is NCPCR's Priyank Kanoongo in Kumbhakaran's sleep? Will not write to the Election Commission now? Election Commission should automatically take note of it," she said in a tweet.

The Gujarat assembly elections are being held from December 1 and 5 in two phases, where the Congress is seeking to wrest power from the BJP which has been ruling the state for the last 27 years. The assembly election results will be out on December 8.

The BJP had earlier accused the Congress and Rahul Gandhi of using children for his Bharat Jodo Yatra and had complained to the NCPCR.