And prayers to Lord for Arun Ferreira

He was not at Bhima Koregaon when violence occurred, and yet he is festering in jail. For his family, at the receiving end of the social stigma surrounding the ‘anti-national’ tag, the only balm is Him 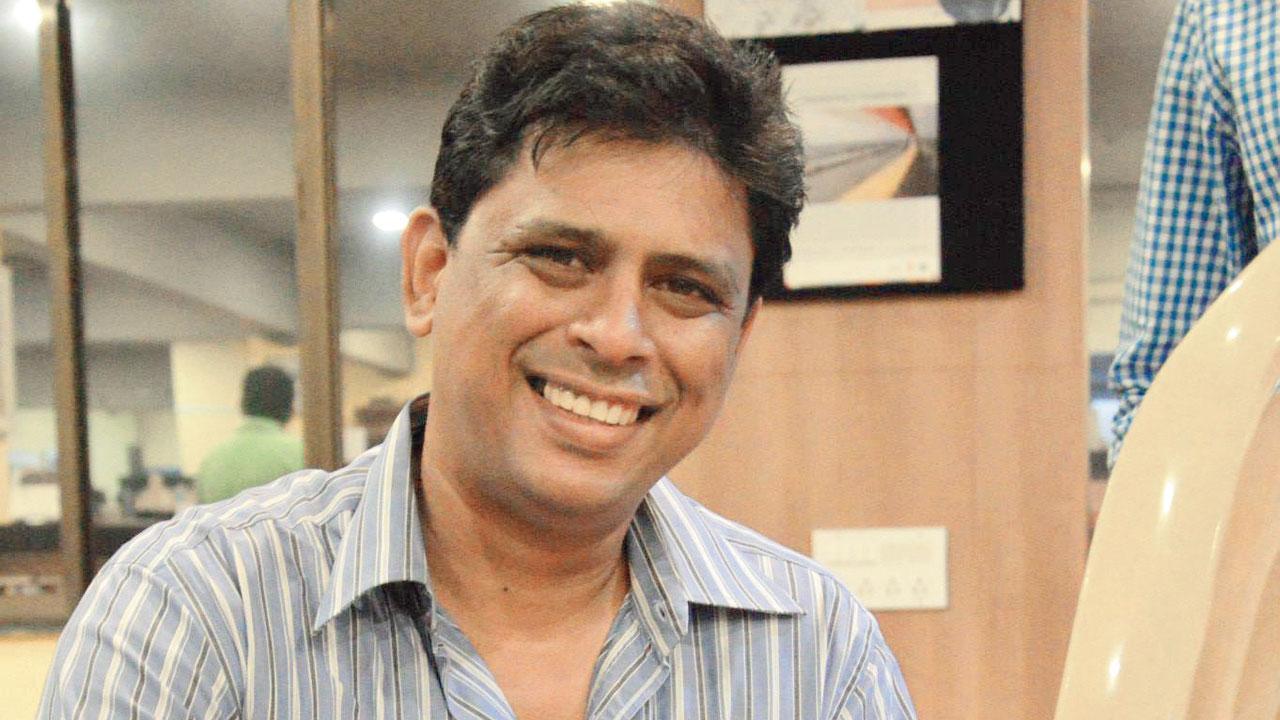 After his release from jail in 2013, Ferreira qualified to become a lawyer, and spent time writing and illustrating his prison memoir Colours of the Cage. Pic/Facebook

The story of Arun Ferreira has four principal characters: Wife, Son, and Mother and Mother-in-law—both in their eighties. None of them will be named; their thoughts and emotions will be imagined from information gathered from diverse sources. The story has also a fifth character: Police. They arrested Arun in August 2007, booked him under the Unlawful Activities (Prevention) Act on the charges of being the communication chief of the Communist Party of India (Maoist) and planning to blow up the Deekshabhoomi in Nagpur, the site where Dr B R Ambedkar and his six lakh followers converted to Buddhism in 1956. They filed 10 cases against Arun, who was acquitted in each. He spent four years and eight months in jail.

On August 28, 2018, at 6 am, Police came back for Arun, knocking at the door of his fourth-floor apartment at Thane. Wife opened the door, leaving aside the breakfast she was preparing for Son, who, in his teens, had an examination to take. Police searched the apartment and seized Arun’s electronic devices. Mother-in-law, in shock, took to praying. You could say God listened to her, for the Supreme Court issued an order that Arun, along with four other activists arrested elsewhere, would be placed under house arrest until it decided on a petition filed on their behalf by five eminent personalities.

For the next one month, there were four guards posted outside their apartment. The Ferreiras served them snacks and tea daily, and provided them bedsheets and a floor fan to keep cool. Mother came over to live with Arun, who switched from one TV channel to another to watch the fiery discussions on himself. He was, they claimed, involved in the Maoist conspiracy to assassinate Prime Minister Narendra Modi. “Urban Naxals,” they hollered. Arun saw himself staring out of newspapers. It was alleged he had a role in the January 2018 Bhima Koregaon violence, for which he was booked under UAPA.

Mother prayed, so did Mother-in-law. Wife would go to work and Son to school. Children can be cruel; they have an instinct to bully the vulnerable. The tag of “anti-national” haunted Wife when she would go on errands—people in the housing complex would stop chatting as she passed by; eyes bored into her, without empathy, trying to discern in what ways a middle-class Maoist family differed from theirs.
Reality is no longer what we see and experience. Reality is what the TV says it is.

Cooped up in the apartment, Arun replayed the torture he underwent during his first stint in jail. He was repeatedly whipped on the soles of his feet with a bajirao, a strip made out of conveyor belt material; he was denied adequate sleep for days; he ate squirrels the jail inmates caught and cooked. He was compelled to take a narco test, during which, it was claimed, he confessed to having received funds from no less than Bal Thackeray for fomenting Maoist activities. Bizarre!

In 2011, Arun was granted bail but promptly rearrested for allegedly mounting two Naxal attacks in Gadchiroli in 2007. Perhaps Arun, under house arrest, played Joan Baez’s Prison Trilogy, which refers to Kilowatt, who had spent 35 years in a Texas prison. On the day of his release, he was taken to the jail warden. Baez sings, “The warden said, ‘You won’t remain here/But it seems a state retainer/Claims another 10 years of your life.’/He stepped out in the Texas sunlight/The cops all stood around/Old Kilowatt ran 50 yards/Then threw himself down on the ground/They might as well just have laid/The old man down.”

Kilowatt was a conman, 65 at the time of his release. Arun worked with the slum dwellers and workers in the informal sector. At 49, he has already spent nearly nine years in jail and still counting, for even the charges in the Bhima Koregaon case have yet to be framed. He missed out on Son’s growing-up years. Emotional torture, eh?

Born to a devout Catholic family, Arun came to activism via Christianity. Mother’s two sisters were nuns, her three brothers priests. Arun was inspired to fight for social justice by his uncle Father Raymond D’Silva, a liberation theologist. Arun won his spurs as an activist by supporting canteen workers of St Xavier’s College in their struggle for better working conditions. His politics, with time, decisively shifted to the Left.

After his release from jail in 2013, he qualified to become a lawyer, and spent time writing and illustrating his prison memoir Colours of the Cage.

As one month of house arrest ticked away, Arun thought he had no reason to fear the law. He was, anyway, past activism. He was not at Bhima Koregaon when violence occurred. The judges would see that, wouldn’t they?

There were teary goodbyes as he left for jail.

Singer Jim Morrison screamed in The Soft Parade, “You cannot petition the Lord with prayer.” But for many, the faith in the Lord is the only balm for festering wounds. When sleep evades Wife and she tosses and turns in bed, she beseeches the Lord to nudge Milords to do justice, to hasten, for starters, the Bhima Koregaon trial.

Next Story : What’s common about these Games?