Pele, who won the World Cup three times for Brazil, is currently in hospital as he recovers from a respiratory infection and continues treatment for colon cancer 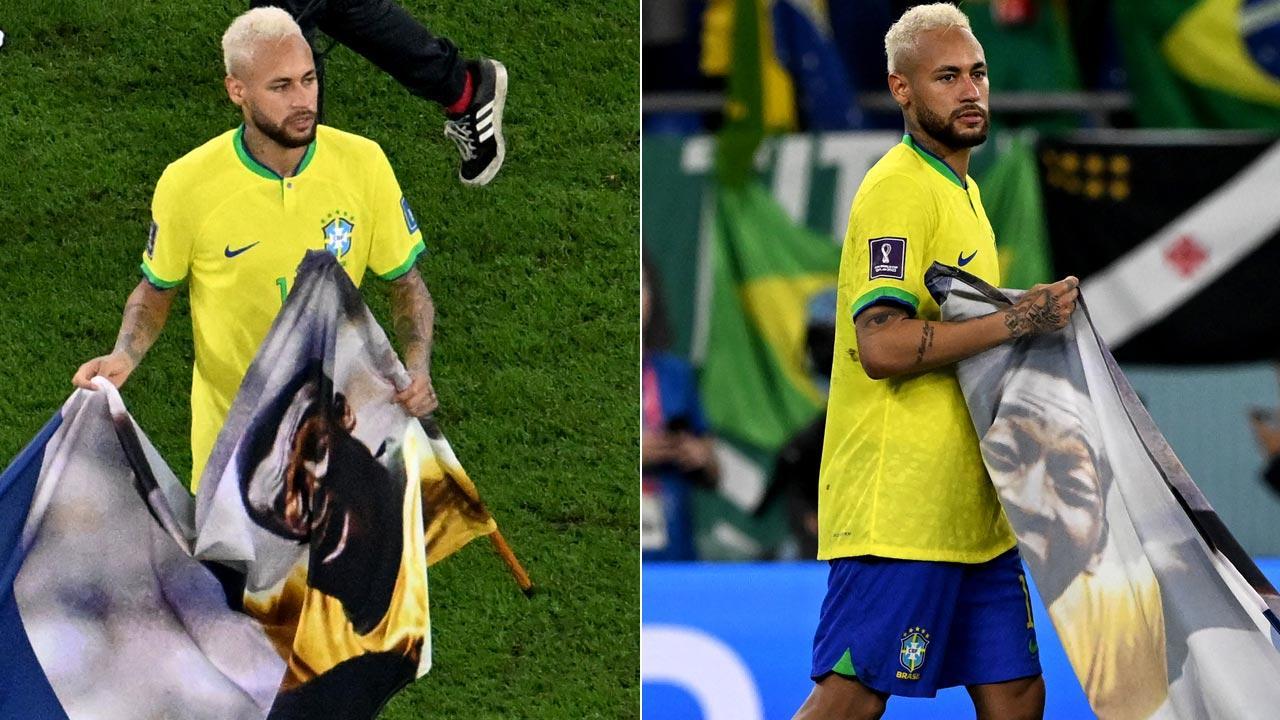 Brazil's forward Neymar holds a banner depicting Brazilian football superstar Pele as he celebrates after qualifying to the next round after defeating South Korea 4-1 in the Qatar 2022 World Cup round of 16 football match between Brazil and South Korea at Stadium 974 in Doha. Pics/AFP


Brazil forward Neymar sent his best wishes to football legend Pele on Monday after the South American team advanced to the World Cup quarterfinals with a 4-1 win over South Korea.

Pele, who won the World Cup three times for Brazil, is currently in hospital as he recovers from a respiratory infection and continues treatment for colon cancer. Brazil's players posed for a photograph holding a banner with the 82-year-old's image and name after the final whistle at Stadium 974, reports Xinhua.

"It's tough to talk about Pele with what he is going through," Neymar told reporters. "We wish he can get well soon. We hope we made him feel a bit more comfortable with the banner and with the victory."

The Paris Saint-Germain player said he felt no ill effects of an ankle problem that forced him to miss Brazil's previous two matches against Switzerland and Cameroon.

"I didn't feel any pain in my ankle," he said. "I want to thank the medical staff and the physiotherapists for helping me to be fit for this match.

"I think I played well. I'm very happy with how the night went but, having said that, I think we can always improve. I can't be 100 per cent satisfied, we can always get better."

He added: "We wanted to win the match to reach the next round and that's what happened. The fans celebrated wonderfully inside the stadium and we have to congratulate them."