Cristiano’s fate hangs in the balance after coming off bench in 6-1 win over Switzerland; coach Santos hints he may not start Portugal superstar in QF v Morocco 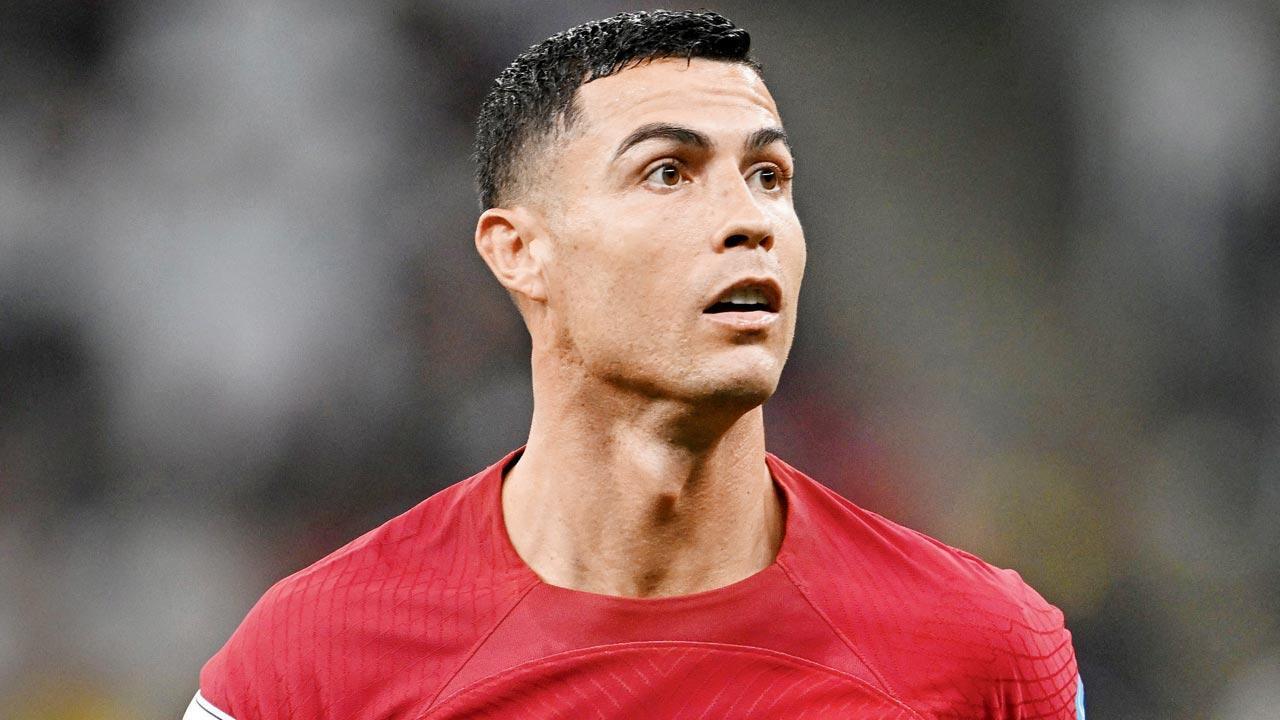 Cristiano Ronaldo and Portugal are inseparable. Or are they? On Tuesday night, the superstar forward was dropped from the playing XI by coach Fernando Santos following the player’s poor reaction at being subbed off during their previous match against South Korea. However, a Ronaldo-less Portugal put out their best performance in this competition to finish with a 6-1 hammering of a Switzerland team that had been previously seemed nowhere as hapless as they appeared to be on the night.

Adding insult to injury for Ronaldo, the man who was picked in his place, Goncalo Ramos went on to score the tournament’s first hat-trick.

Ramos, 21, scored in the 17th, 61st and 67th minute while teammates Pepe (33rd), Raphael Guerreiro (55th) and Rapfael Leao (92nd) added one each to complete the rout. Manuel Akanji (58th) pulled one back for Switzerland. 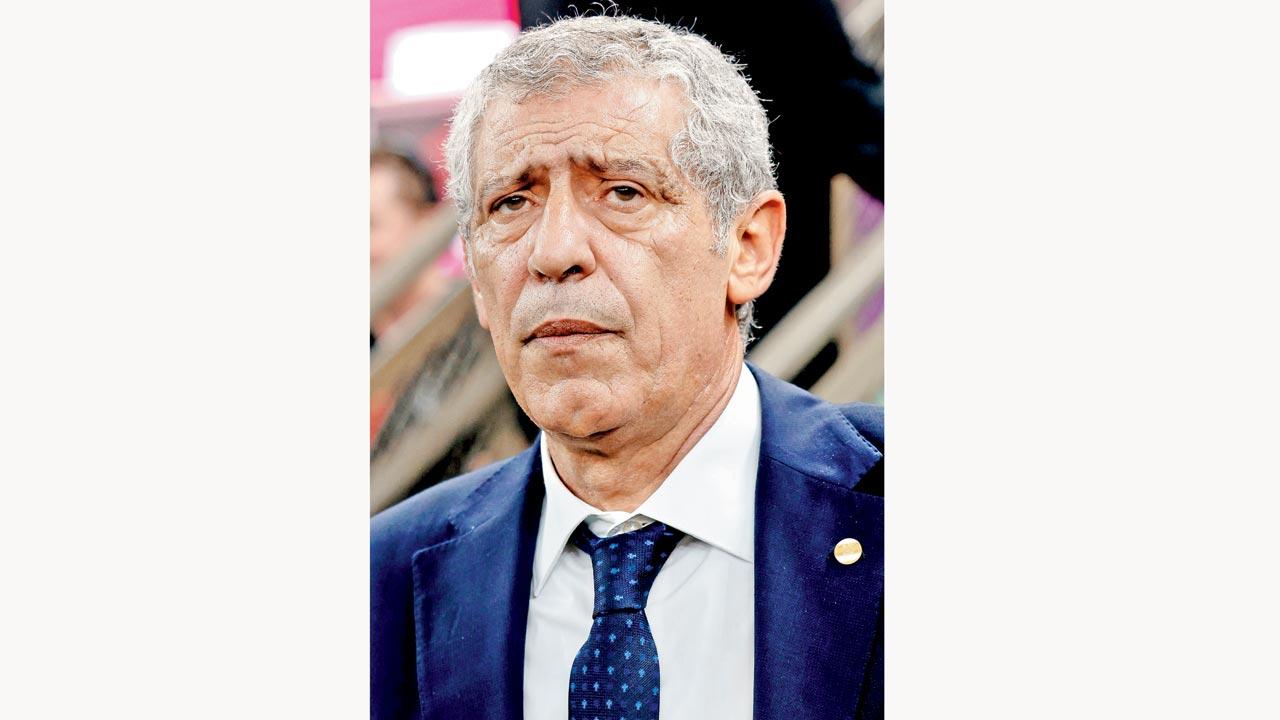 Ronaldo was eventually brought on in the 74th minute, but only after the crowd at the Lusail Stadium began chanting ‘Ronaaaaaldo, Ronaaaaaldo’ around 10 minutes earlier. Ronaldo couldn’t get too much of the ball, but inevitably, there was too much talk about him after the final whistle.

Coach Santos clarified that his relationship with his star forward was absolutely fine. “That [Ronaldo’s role henceforth] is something that has to be defined. I have a very close relationship with him like I’ve always had. I have known him since he was 19 years old. This relationship can only develop. Ronaldo and myself never interpret the human aspect of that of manager-player relationship. I will always consider him to be an important player for our team,” said Santos going on to hint however, that the 37-year-old might continue to start from the bench for the quarter-final against Morocco on Saturday.

“Ronaldo will definitely [be involved in the quarter-final]. All the players on the bench can be used. If they are not in the starting line-up, they can come in later. It’s important to look at the example of this player’s history. Ronaldo is one of the best players in the world. He is a professional, a captain. But right now, we have to think about this team collectively. And the team played well today,” added Santos. 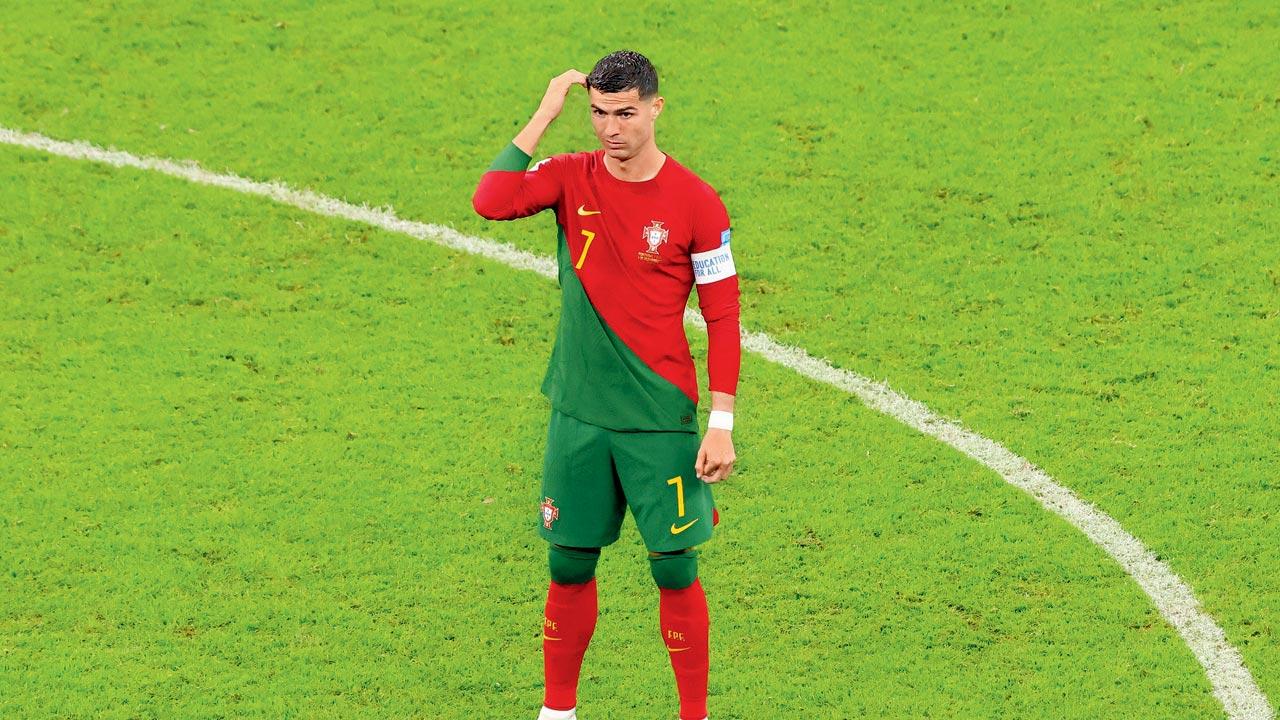 Ronaldo, however, remains positive, even congratulating the coach on his team selection. “Incredible day for Portugal, with a historic result in the biggest competition in world football. Luxury exhibition of a team full of talent and youth. Our Selection is to be congratulated. The dream is alive! Until the end! Strength, Portugal,” he wrote on Instagram.

The young star of the night Ramos, meanwhile, insisted that Ronaldo remains their hero. “Cristiano is our leader and always tries to help us. He’s a great guy, he’s an idol for us,” he said.

Ronaldo’s ex-Manchester United teammate Bruno Fernandes however, admitted that the star striker would not have been happy on the bench. “No one likes to be on the bench. I don’t think he [Ronaldo] is happy. If the manager had put me on the bench, I’d be angry,” said Fernandes.

The fans aren’t happy too. “I’ve paid 300 Euros [Rs 26,000 approximately] for this match ticket because I wanted to see Cristiano in his last World Cup. At least respect his achievements and the effort of the fans, who are filling up the stadium for him,” said Joao Santiago, a 43-year-old salesman from Lisbon, who will be returning home disappointed after watching his hero in action for just 15 minutes.