However, on Sunday night, when he was once again named Player of the Match, against Poland, Mbappe promptly appeared before the media and even explained why he skipped his duties earlier 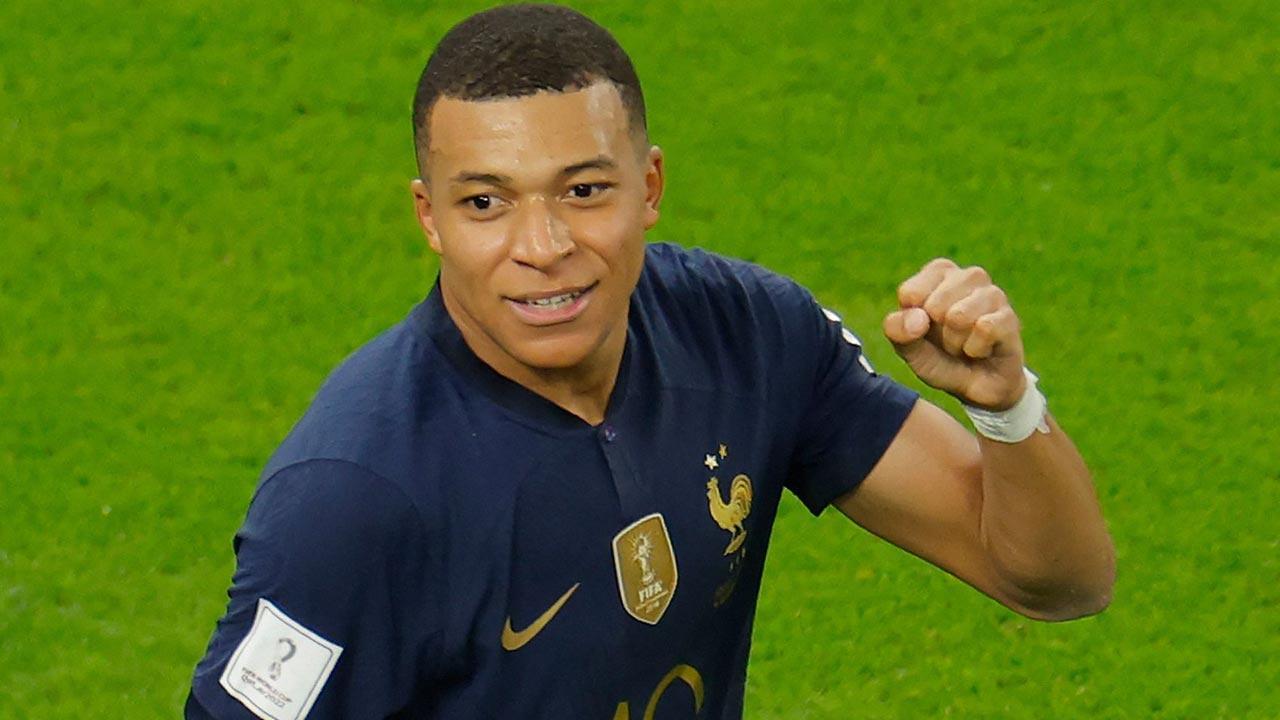 France's forward Kylian Mbappe celebrates scoring his team's third goal during the Qatar 2022 World Cup round of 16 football match between France and Poland at the Al-Thumama Stadium in Doha. Pic/AFP


France’s star striker Kylian Mbappe finally broke his long-standing silence after scoring a brace (74th and 91st minute) to help his team beat Poland 3-1 in their Round-of-16 encounter at the Al Thumama Stadium on Sunday.

Mbappe, who has scored nine goals in 11 World Cup matches across two editions so far and leads the current Golden Boot race with five goals, had not spoken publicly ever since he arrived here for the quadrennial showpiece. It’s mandatory for the Player of the Match to speak to the media and though Mbappe had won the award twice before—in France’s opening two wins over Australia and Denmark—he avoided his post-match media obligations and left his national body (French Football Federation) exposed to a fine by FIFA. However, on Sunday night, when he was once again named Player of the Match, against Poland, Mbappe promptly appeared before the media and even explained why he skipped his duties earlier.

“There were a lot of people wondering why I was not speaking, but it was nothing personal against journalists. I just needed to concentrate on my competition and when I need to focus, it needs to be 100 per cent. I can’t lose energy on other things. I have learnt that the federation is going to get a fine, but I have promised to pay it,” Mbappe said.

Given his scintillating performance so far, the super striker should also be leading the race for the Golden Ball, award for the tournament’s best player. However, Mbappe insisted that was not his priority. “The only objective for me is to win the World Cup which means now to win the quarter-final [against England on Saturday]. That’s what I’m dreaming of. I didn’t come here to win the Golden Ball. I’m here to win and help the French national team. This World Cup is an obsession for me. It’s the competition of my dreams. I have built my season around this competition and around being ready, both physically and mentally, for it. I wanted to come here ready and so far, things are going well. But we are still a long way from the objective we set and I set,” he signed off.