Dining in the lap of luxury

Out of the restaurant and into luxurious homes with verdant gardens, Chef Manu Chandra discusses his latest bespoke catering service for those with taste and money, that debuted at Cannes 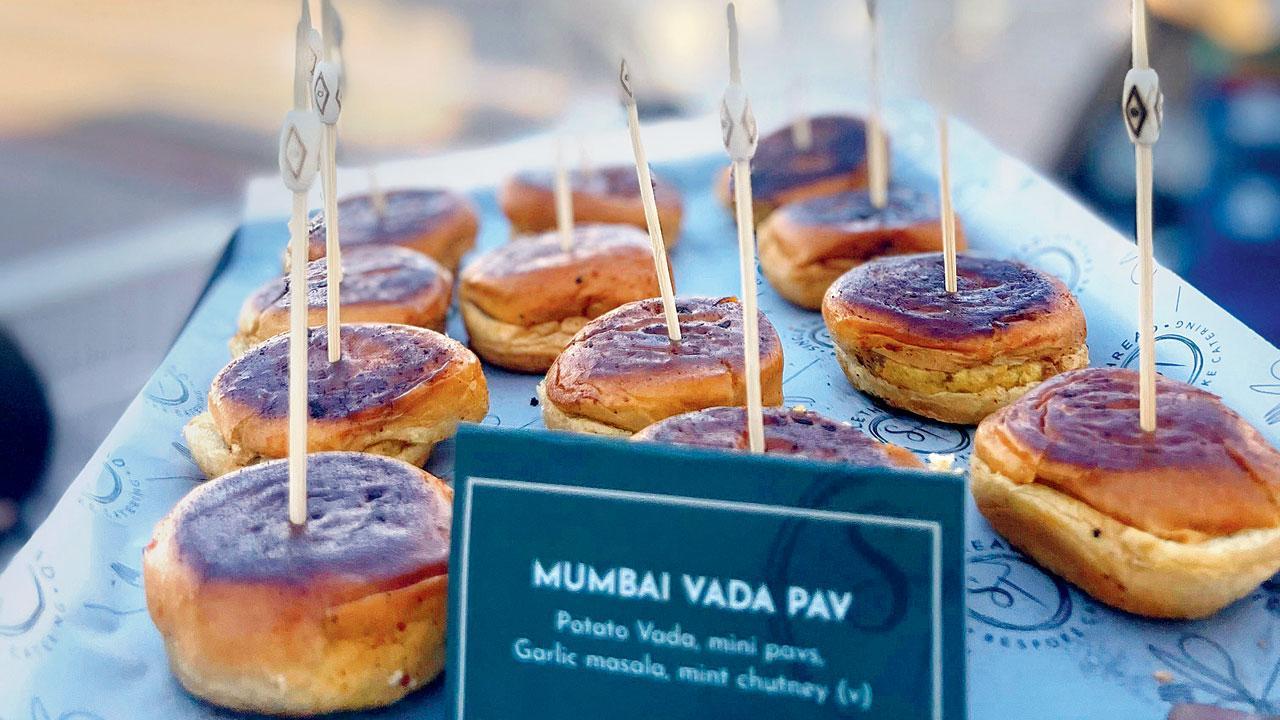 
Last August, when Manu Chandra hung his chef’s coat at Olive Bar & Kitchen, everyone was curious about what he’d do next. He had been with veteran restaurateur AD Singh’s iconic establishment for close to 18 years. It was hard to imagine him doing anything other than food. What would it be then: A new restaurant?  Delivery kitchen? Joining another brand?

Whatever it was, everyone knew (and hoped), that it was going to be big. A few days ago, in quintessential Chandra style, he quietly launched his new catering venture, Single Thread, in partnership with long-time business associate Chetan Rampal. 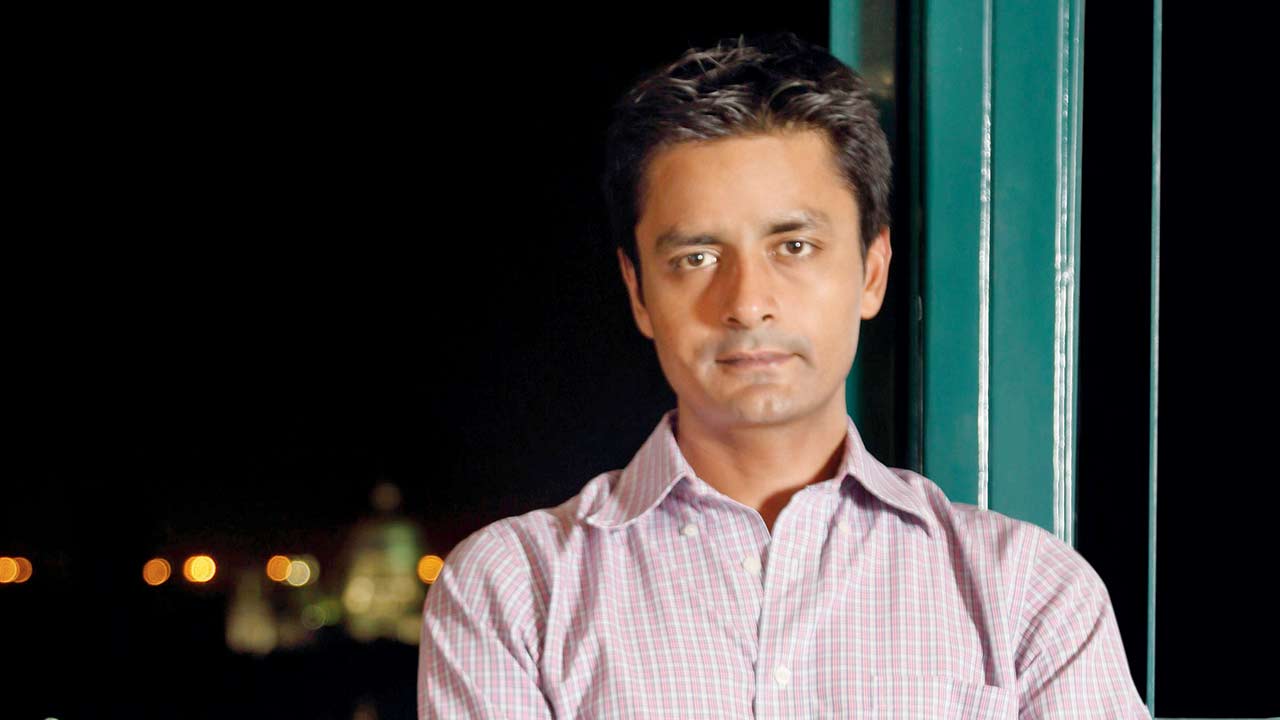 The next thing we hear, he’s on a flight, heading to Cannes on an invite from the Ministry of Information and Broadcasting. Chandra was called to weave Rajasthan with France in a confluence of food and culture at the India Pavilion on the opening day of the Cannes Film Festival 2022. A first for the government, a first for an Indian chef—catering at Cannes where India is Country of Honour.

Chandra is going places but is nonchalant about it. During a quick break, he got on a call with  Sunday mid-day, to say, “You have to understand that all this is backed with 18 years of credibility. People who trust me implicitly know what I am capable of. Now that we have a setup only for this, the path becomes easier.”

So, was any of this premediated? “I had zero plans before I quit,” he tells us. “I knew I wanted to start afresh. I was committed to what I was doing, and when I finished, I took some downtime to fix my house,” he adds. 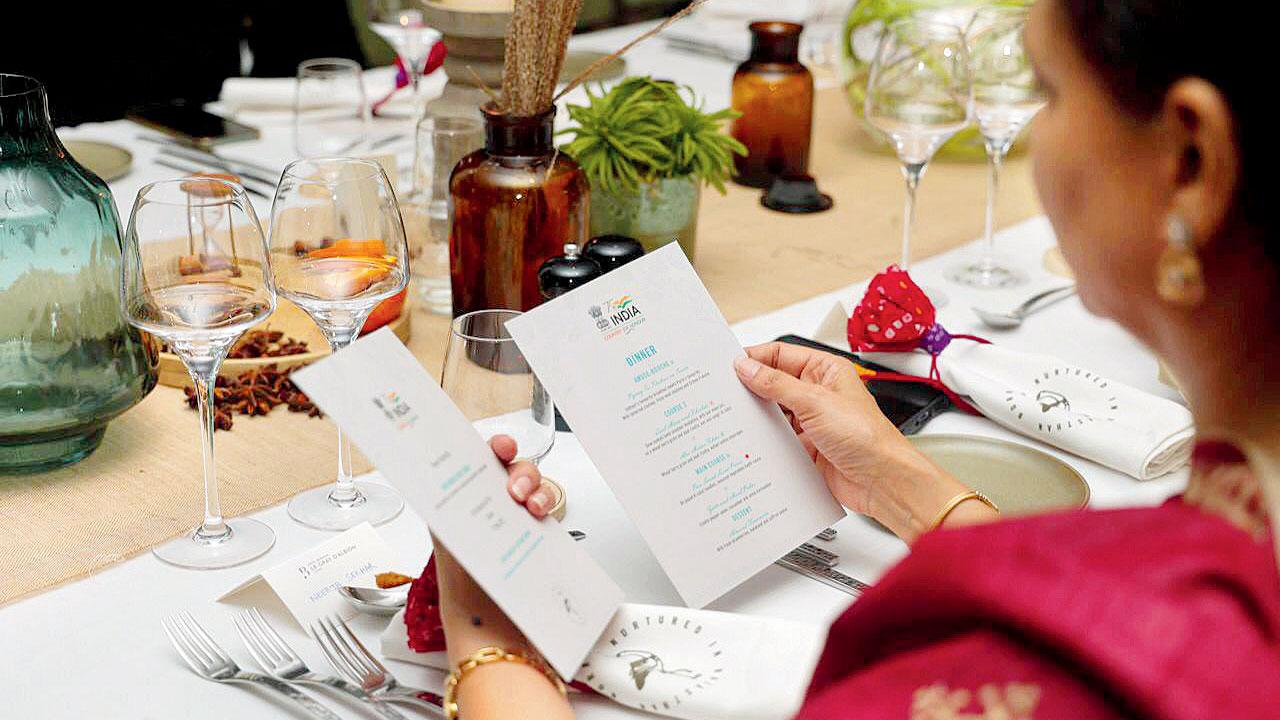 Excited. Humbled. And the last few days of a busy blur. From pulling a few strings to do it at one of the 5-star hotels on the main stretch to figuring out last-minute sourcing of ingredients to working without his trusted team—delayed by visa complications—to dealing with scepticism from French chefs, he had his hands full, and eyes on the prize. “They must have thought, some Indian chef will come with a big degh and make greasy curries,” he laughs. “They had grudgingly agreed because they had no idea what was going on. I sent them pictures of the food I do and that sort of relaxed them a bit. When I came in, they saw that I work like a French chef would; I am French-trained. And the ice was broken,” he adds. Although he doesn’t look his age, Chandra was senior to them. They watched as he used Indian techniques and then theirs, like sous vide. 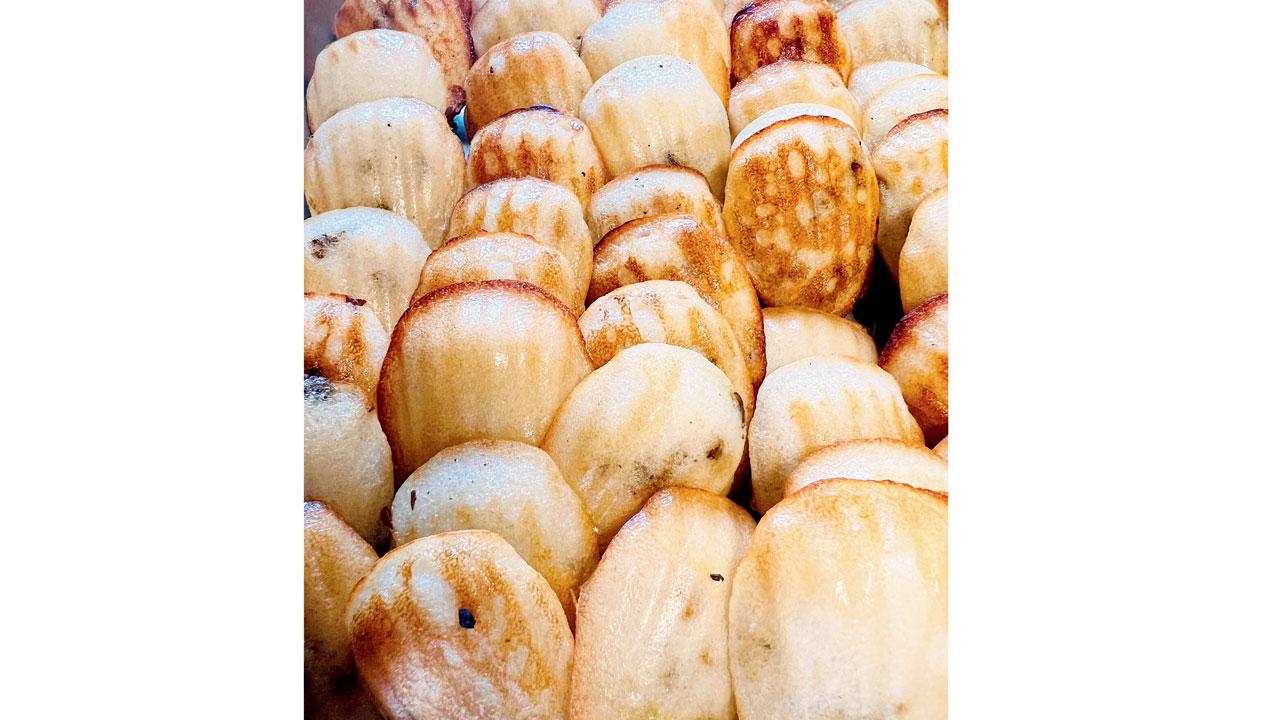 This charm extended to the guests too. The first day was insane, he says. Everyone came to Chandra to say, they hadn’t seen guests eat that wholeheartedly in long. The platter of pass arounds, filled with paniyaram madeleines accompanied by podi and coconut chutney, vada pav in brioche buns, French duck confit galoutis served on little blinis, mutton biryani arancini balls served with burani raita, Champaran style raw jackfruit samosa with chutneys, would wipe out in minutes. Everything else on the menu—like the French canapes—was cold, not very inspiring, and just functional. What Chandra got to the table was full of flavours, and something the guests hadn’t tasted.

Chandra thinks Cannes was an incredible experience because he was able to express Indian cuisine in a very different way to the entire confluence of French and India. “It has been challenging and I don’t remember the last time I worked 16 hours a day,” he says. Single Thread is the catering arm of his company, Manu Chandra Ventures, and the first of many other verticals he hopes to launch. “I was keen on custom catering. I enjoy tailoring events rather than following a staged format. That’s not bespoke,” he explains. 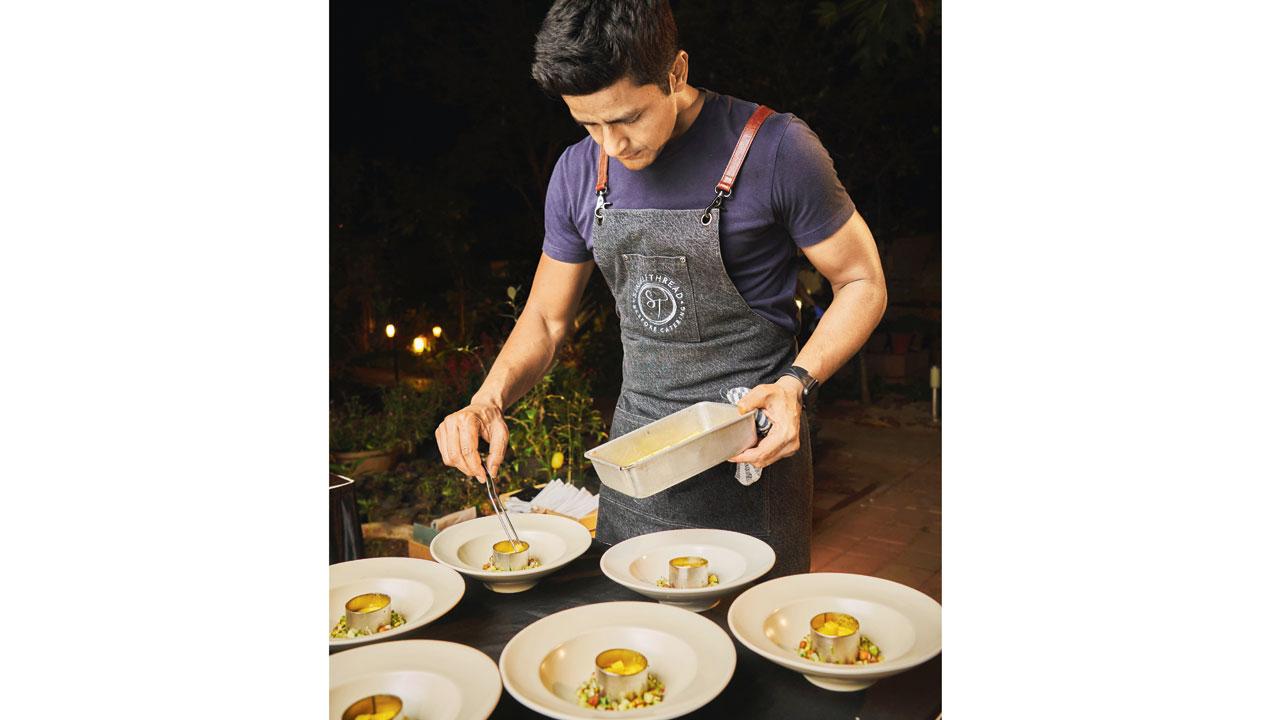 From theme styling to decor, Single Thread will offer a complete solution for all aspects of catering. It’s something that Chandra and team have been practising and experimenting with for some time now. “It’s a very involved process. We have to do R&D, sit down and plan from start to finish. It’s a lot more gratifying to create a menu like that because you are rarely repeating a dish unless of course, something is really popular and the client wants it. Otherwise, you are doing something fresh and the consumer engagement is high.”

Post-COVID, a lot of entertaining happens at home but is India ready for precision catering?

“Those with a nice home with a garden want to be able to leverage that. A sit-down dinner with multiple courses, great cutlery and perfect setups—we want to be able to provide them that service. That was the genesis of the idea. Single Thread means that we provide that end-to-end solution from conceptualising to creating to executing and cleaning up the space—like nothing ever happened there.” 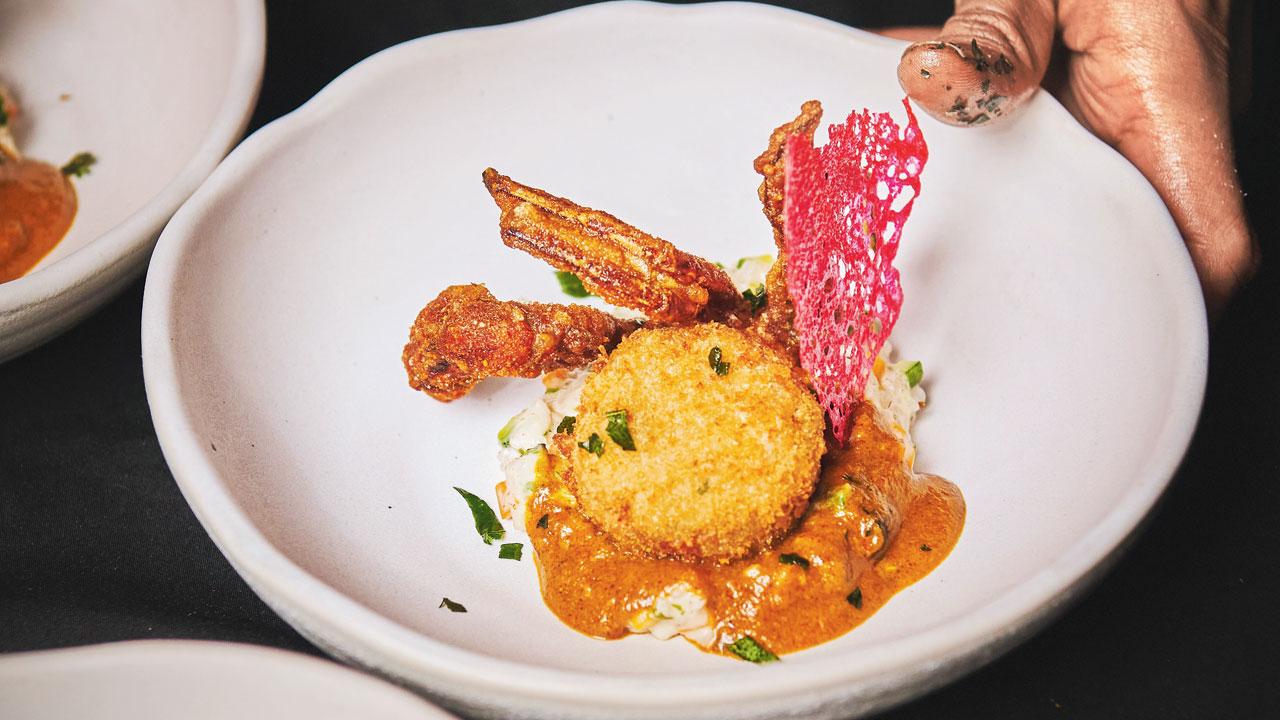 So does that mean that we won’t see Chandra in a restaurant again? “Restaurants are my first love and I will work towards that. There are a lot of ideas—but all on paper. I need to figure out when and how I will do that, and ready a team for it. There is a certain handholding period, after which the network that I have built over the years is passed on to the next in line. A certain comfort has to develop for this coordination to happen seamlessly. That’s the process I am working on right now,” he signs off.