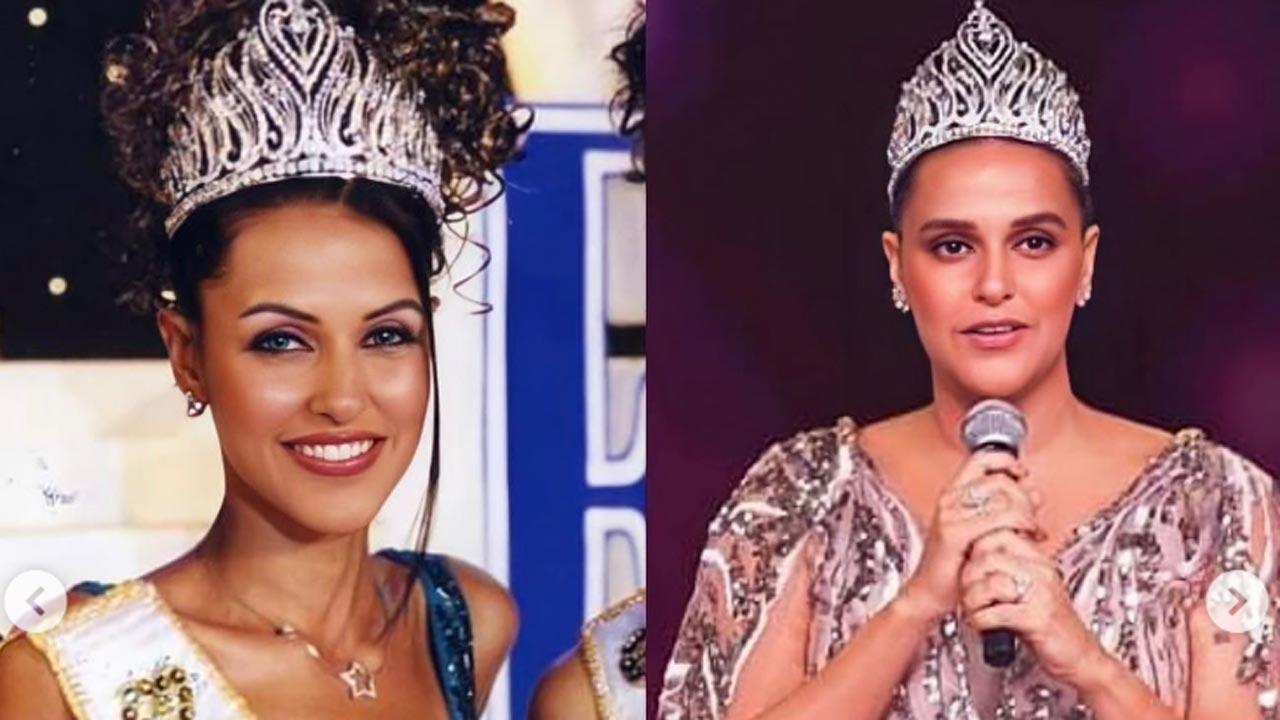 
Actor Neha Dhupia shared a series of pictures and penned down a note in which she chronicled her success story in these years. On Monday, 'Julie' actor shared the pictures from her crowning ceremony at Miss India 2022.

She wrote, "20 years that went by in a flash ... but if I shut my eyes and think, all I have is gratitude in my heart. I did nt think that it would be possible to wear this crown on stage again and relive one of the most precious moments of my life with my most precious people."

"20 years later I stood taller, stronger, more experienced and a few dress sizes bigger :) ... but most importantly I stood for every little girl who dares to dream and work hard towards it, for every daughter who wants nothing more than to make her parents proud, for every partner who basis their relationship on love and equality and for every mother who wants to live her dream and wants nothing more than to have her children by her side as she does that ... sometimes in life even if we don't have a crown ... we all have our sparkle... #shineon ... Love Miss India 2002 -2022," she added.

Neha wore the crown again as she completed 20 years of bagging the Miss India crown. She was seen wearing a powder pink gown with cape sleeves that she opted for the grand final. In the other pictures, Neha was seen with her family on stage. She was felicitated by her parents at the grand finale of Femina Miss India 2022 which was held on July 3. The diva was crowned by her parents and her husband Angad Bedi along with the little munchkins Mehr and Guriq joined them on stage to celebrate the big day.

She also posted a then-and-now picture from her Miss India journey. The then pictures see a younger Neha with curly hair and a smiling face when she won Miss India in 2002, on the other hand, the second picture sees a glammed-up star as she poses for the lens.

Neha was crowned Femina Miss India on July 4, 2002. She became a household name after the glorious victory and entered the film industry. She made her Bollywood debut with Ajay Devgn starrer 'Qayamat: City Under Threat' in 2003.

Sharing the pictures, the 41-year-old actor penned down a long note.

On the work front, She was last seen in 'A Thursday' alongside Yami Gautam. The movie hit the OTT platform Disney + Hotstar in February this year.

Next Story : Kajol 'seizes the day' in a never-seen-before throwback picture; see post