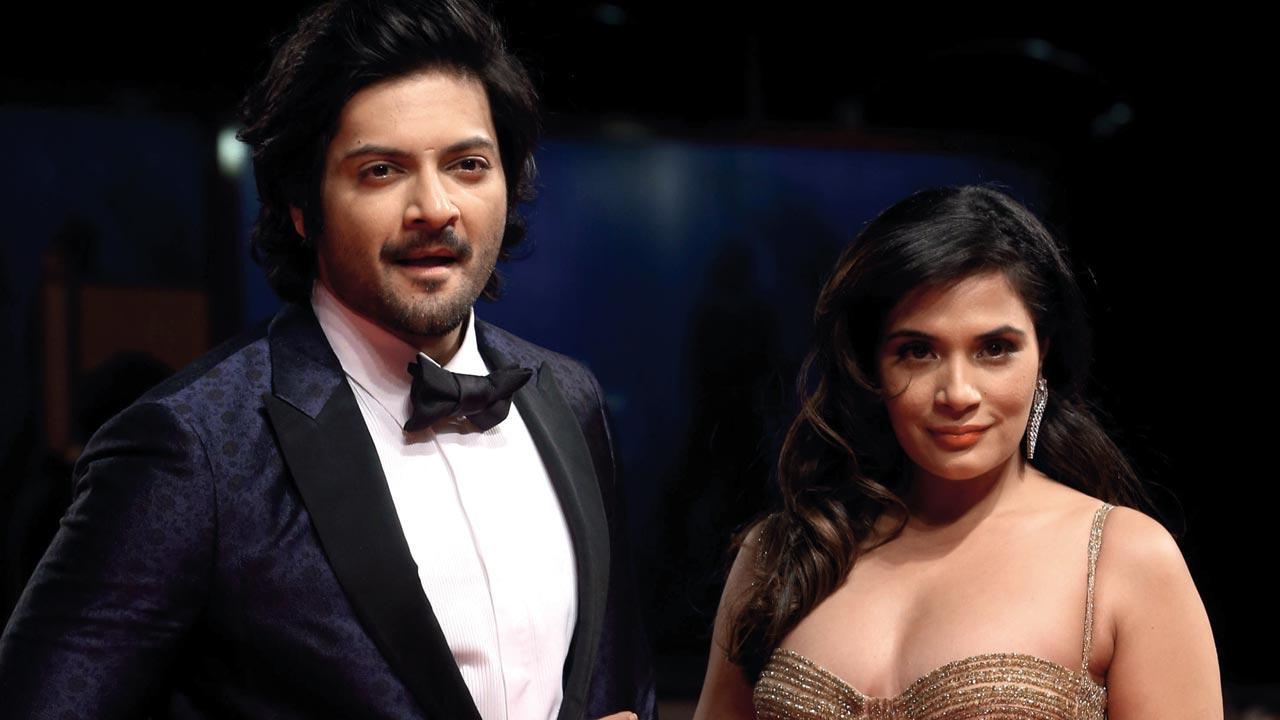 
In her 14-year career so far, Richa Chadha has been a part of fascinating stories — from 'Gangs of Wasseypur' (2012) to 'Masaan' (2015), from the 'Fukrey' franchise to 'Inside Edge'. The drive to excel is shared by her actor-boyfriend Ali Fazal, too, who successfully straddles his career in Hindi cinema and the West. Last year, the duo joined forces to launch their production house, Pushing Buttons Studios, which will give a platform to new directors, thus bringing distinct voices to the fore. Keeping their contribution to Indian entertainment in mind, the Maratea Film Festival in Italy will honour Chadha and Fazal with the Outstanding International Talent Award at this year’s edition. The week-long gala, which kicked off on July 27 in the Italian town, will conclude today with the award presentation ceremony.

The past winners of this award include Sophia Loren, Richard Gere, and John Landis, among others.

Ecstatic about the win, Chadha says, “We were elated when we were told that the festival wants to award us. To know the past recipients of the award is such an honour. Ali and I are looking forward to the festival, and to be among peers who love cinema as much as we do.”

Next Story : Have you heard? Ajay Devgn and Rohit Shetty's 'Singham 3' to go on floors in April 2023