Commuters say the surface is full of potholes on the route between Dahisar and Andheri, and several spots are encroached upon by hawkers and auto dealers who park vehicles there 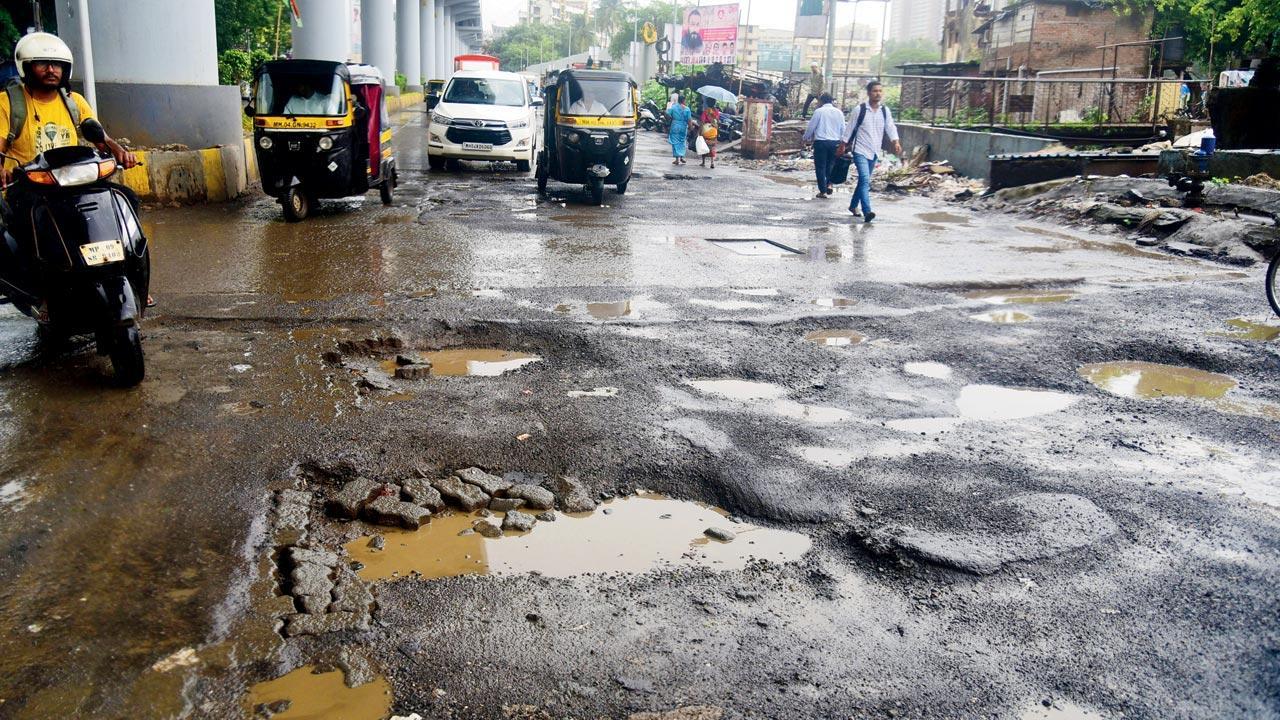 
Motorists travelling between Dahisar and Andheri via the New Link Road have been facing a nightmare, due to its condition. In just a few spells of rain, the road has gone from bad to worse. The surface has become uneven and there are many potholes on it. Besides this, they said the road is encroached upon in some places and even the Metro work has impacted it.

Many motorists and commuters have also expressed their anger on social networking sites. “A ride from Dahisar to Andheri on the Link Road is enough to prove how BMC has completely abandoned this stretch. It causes difficulties for thousands of motorists every day. The biggest problem is the uneven road, especially on busy junctions where paver blocks have sunk, causing traffic to slow down resulting in snarls. The potholes and craters that have now cropped up post the rain have only added to the woes. Apart from this, the metro construction work has also impacted the road,” said Virat Singh, a Dahisar resident. 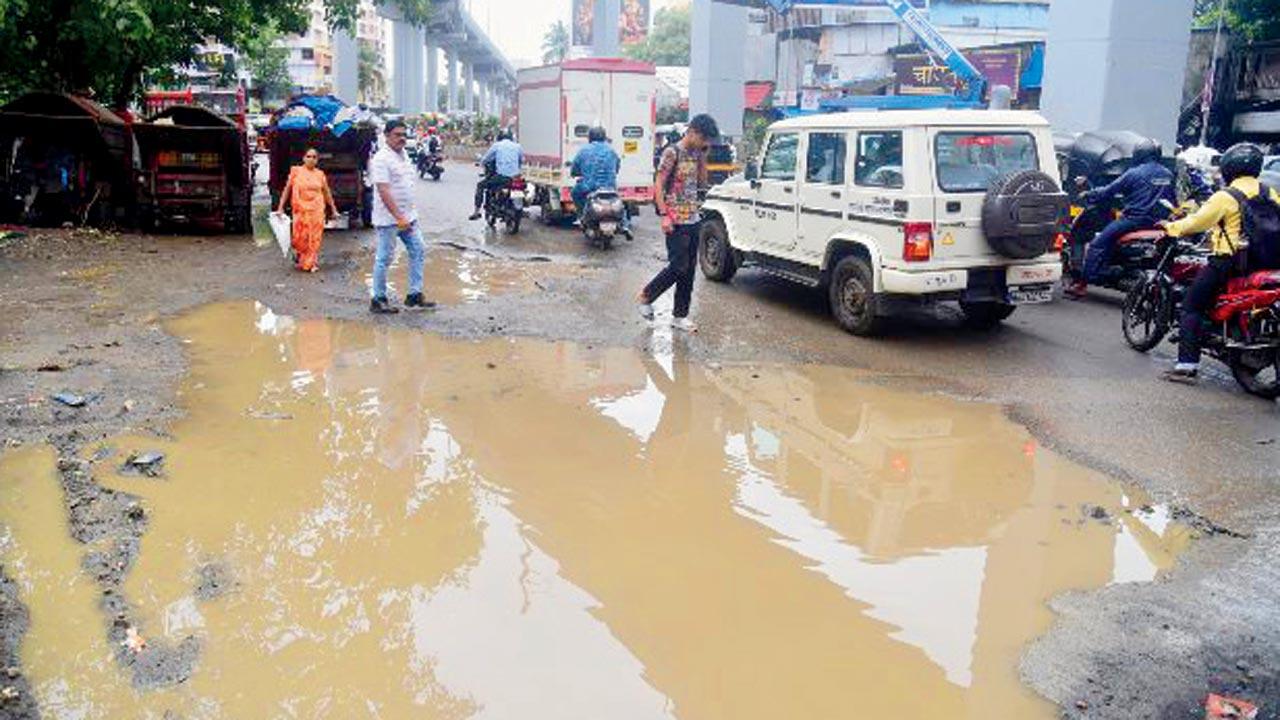 If all this was not enough, several patches on the route like at Goregaon, Infinity Mall junction Malad, Lalji pada at Kandivli, Charkop junction, Ganpat Patil Nagar, Borivli are either encroached by hawkers, auto dealers, or have bottlenecks, affecting smooth traffic movement.

Andheri resident and daily commuter Hiren Patel said, “The footpaths that were widened for pedestrians after the Metro construction have already been encroached upon by hawkers, the homeless, and even by auto dealers and garages for car parking. Given that the Link Road was built by BMC after spending crores of taxpayers’ money to reduce congestion on SV Road and the Western Express Highway, there is an urgent need for the civic body to resolve these issues along with agencies like the Mumbai traffic police and MMRDA, which has constructed the Metro. This will ensure motorists using this road to commute are not hassled.”

Additional Municipal Commissioner P Velrasu did not respond to calls by mid-day.

Next Story : Mumbai: Central Railway to beautify over 100 locations with ornamental and garden plants