Mumbai: Lives at risk, locals warn, will look into it, says Central Railway

But something far more dangerous, as encroachments have multiplied exponentially alongside the literally explosive Kurla-RCF chemical transport line 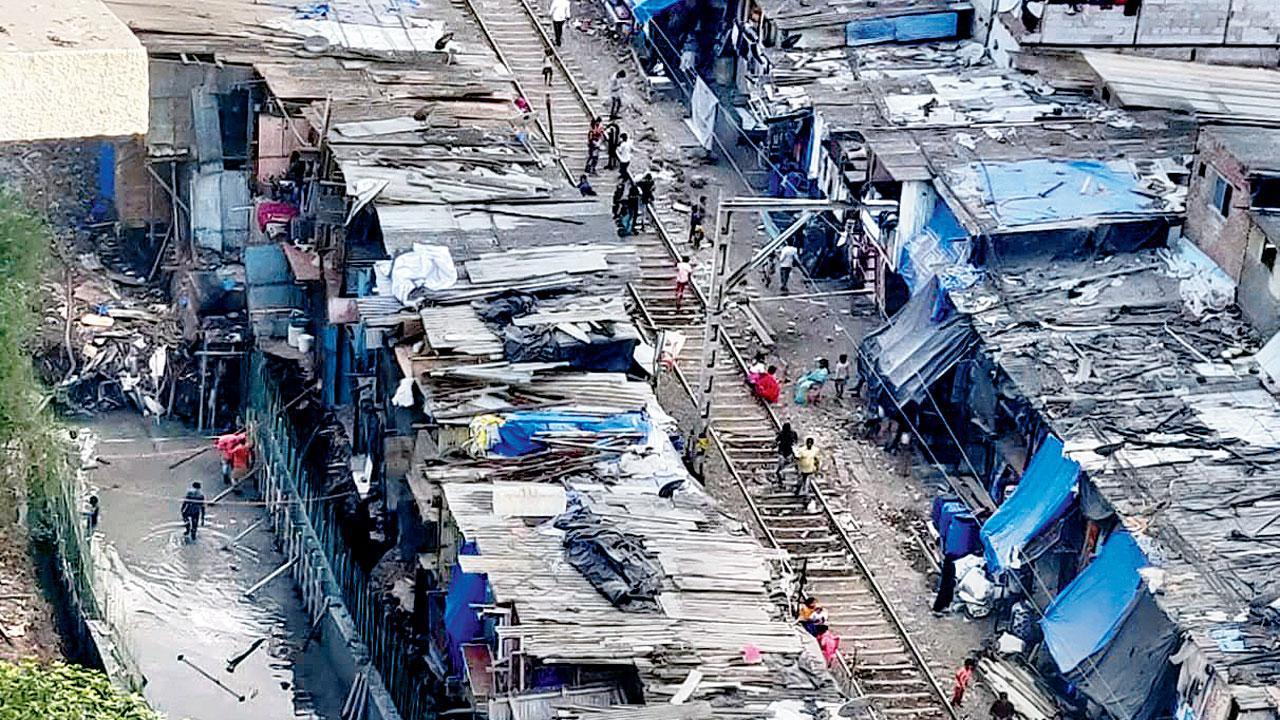 The Kurla-Trombay line is surrounded by slums and shops near Kurla, Chunabhatti


A small accident would lead to a catastrophe,” Kurla East residents warn about the freight line that transports highly inflammable cargo, pointing to the hundreds of slums and shops built dangerously close to the tracks. Central Railway, on a complaint last year, had asked the slum dwellers to prove their legal residency, but nothing happened after that, residents said.

An office-bearer of Jaago Nehru Nagar Residents Welfare Association, a local NGO, said they write to Central Railway every year about the dangers. This year, too, they sent a letter last month. When they wrote last year, CR issued notices to every slum dweller in the area, asking them to prove they have been residing there legally, he added. However, the process has been moving at a snail’s pace.

“We have been appealing every year. After our appeals last year, notices were issued to the slum dwellers and they were asked to submit documents, but after that, the process of eviction has slowed down. We are meeting railway officials, again and again, to get the process expedited,” he added. The railways use a single, bi-directional electric line for freight trains transporting highly inflammable and explosive cargo like LPG, crude oil, and chemicals from the refineries and power plants. 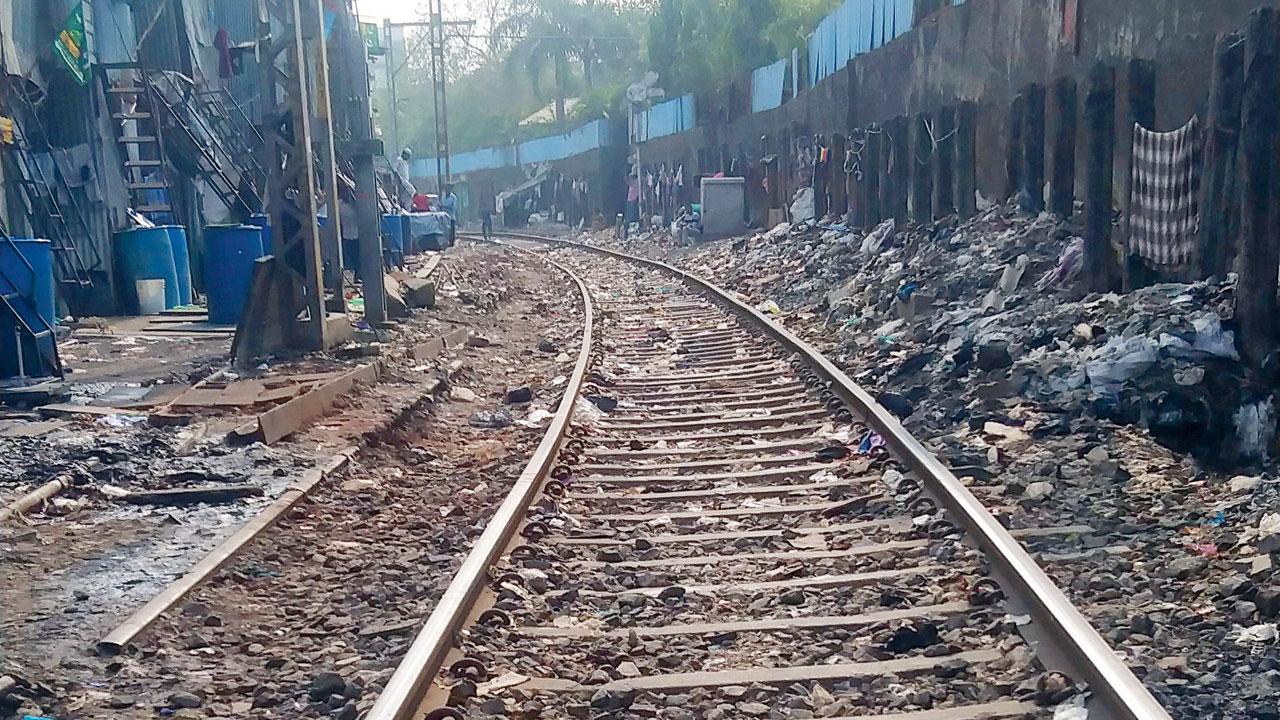 Several multi-storey slums and illegal units along the tracks have made the Kurla-Trombay line one of the most dangerous in Mumbai. The slums and the legal buildings adjoining them would be gutted in case of even a small accident on the line, said residents of Nehru Nagar in Kurla East. At the curve, the loco pilots are forced to slow down the speed to less than 10 kmph because of structures jutting out and trespassing on the tracks, the association said in the letter. Many times, the tracks are cleared of the dumped goods/wares on the sight of an approaching train, they added.

“The slums have multiplied and grown manifold over the years, and many have been converted into multi-storey structures by slumlords without any fear of law or concern for the safety of nearby residents. Slum dwellers sit on the tracks; their children play and some even use them by setting up stalls. There are not just houses, but several illegal units that run on power, small eateries and many such businesses,” reads the NGO’s letter sent to CR’s general manager, divisional railway manager and commissioner of railway safety.

According to the letter, Nehru Nagar police had informed CR’s general manager about the dangers in 2013. Even the Fire Brigade has written to the railways about diggings around the line, affecting track stability. “Since it is not a passenger line, it remains neglected, and all warnings are ignored. But, a small accident would lead to a catastrophe. Nearly 200 [legal] buildings [adjoining the slums] in the areas of Nehru Nagar, Shivshrusti, Qureshi Nagar, Kasaiwada and Chunabhatti are at risk,” the association has warned.

During a visit on Thursday, mid-day found heavy encroachment around the rail line and saw children playing cricket along the tracks, people bathing; and shops, scrap dealers, bakeries and other units. There was garbage on and along the tracks. A similar stretch of the track on CR is also found at Ravli junction in Wadala where Mumbai Port Trust trains operate and connect with the harbour line.

“We request the commissioner of rail safety and senior rail officials to intervene in the matter,” the office bearer said. CR’s chief public relations officer Shivaji Sutar said they “will look into the matter to alleviate risk”.

200
No of slums, shops near Kurla, Chunabhatti, the Kurla-Trombay line is surrounded by