Neeraj Chopra: Hurt about not being able to defend my title and be India's flag bearer at CWG 2022

"For now, I will focus on my rehabilitation and hope to be back in action very soon. I would like to thank the entire country for all the love and support," Chopra said 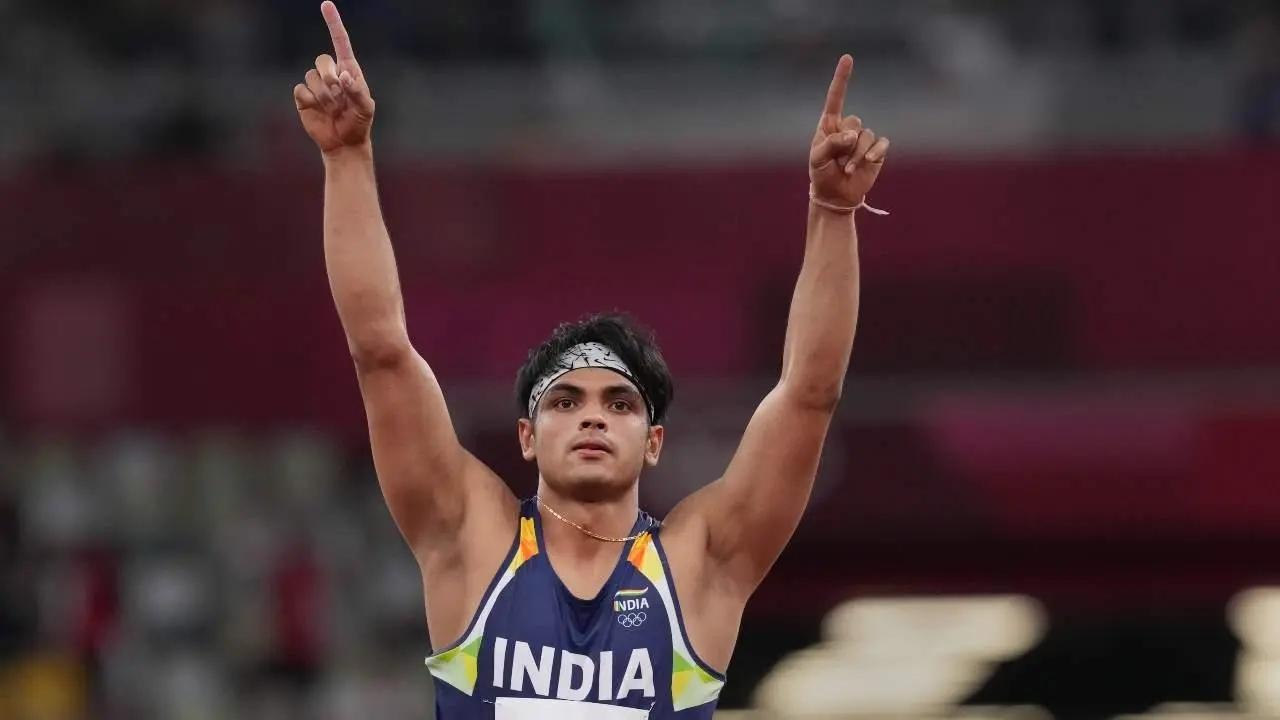 ndia's Neeraj Chopra reacts as he competes in the final of the men's javelin throw event at the 2020 Summer Olympics, in Tokyo. Pic/PTI


Olympic champion Neeraj Chopra has expressed his disappointment at losing out the opportunity of leading the country as flag bearer at the opening ceremony of Birmingham Commonwealth Games on Thursday after he sustained a "minor" groin strain during his historic silver medal-winning campaign at the recent World Championships.

The 24-year-old superstar was all set to defend his title in Birmingham, but pulled out of the multi-sport event after his medical team advised a month's rest after MRI scan showed a minor injury.

"I am hurt about not being able to defend my title and missing out on another opportunity to represent the nation. I am especially disappointed about losing out on the opportunity to be Team India's flag bearer at the opening ceremony, an honour I was looking forward to having in a few day's time," Chopra wrote on his social media handles.

"For now, I will focus on my rehabilitation and hope to be back in action very soon. I would like to thank the entire country for all the love and support I've received over the past few days, and urge you all to join me in cheering on my fellow Team India athletes in Birmingham over the coming weeks. Jai Hind."

The development is a huge setback to the country's CWG campaign was Chopra is a strong medal contender though not a sure shot favourite for gold.

Next Story : Just want to be best version of myself in Commonwealth Games 2022: Kidambi Srikanth