Have you heard? It’s action time for Lakshya Lalwani!

Even though Dostana 2 got shelved, debutant Lakshya Lalwani seems to be on a roll 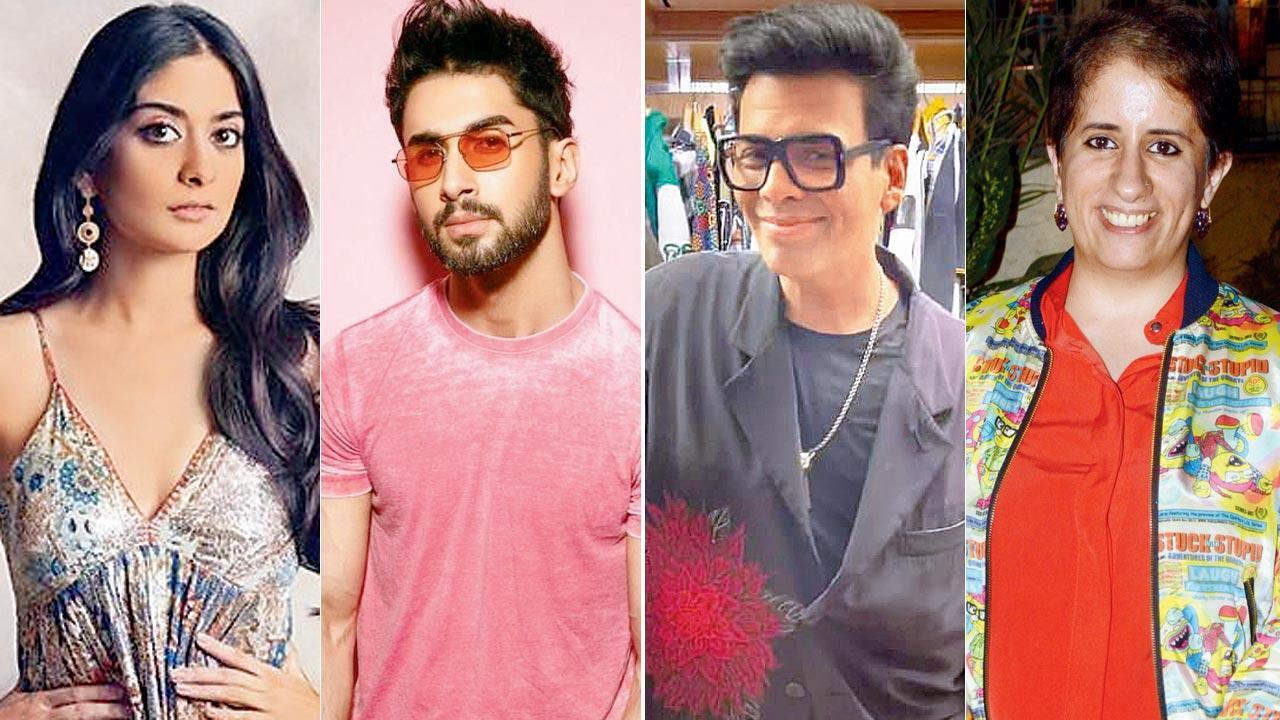 
Currently working on his launch pad, Bedhadak, under the aegis of director Shashank Khaitan for producer Karan Johar, we hear he has bagged his second film. What makes it interesting is that it will be an action film backed by KJo and Guneet Monga. The two producers previously collaborated on The Lunchbox nine years ago. Tanya Maniktala of A Suitable Boy fame has been signed on as the leading lady. Titled Aaghat, the movie will be helmed by Nikhil Bhatt, who has previously directed Brij Mohan Amar Rahe and Hurdang. Moreover, a team of specialists from Korea has been roped in to create never-seen-before high-octane action set-pieces. Insiders who have seen the rushes claim that Lakshya is a revelation. 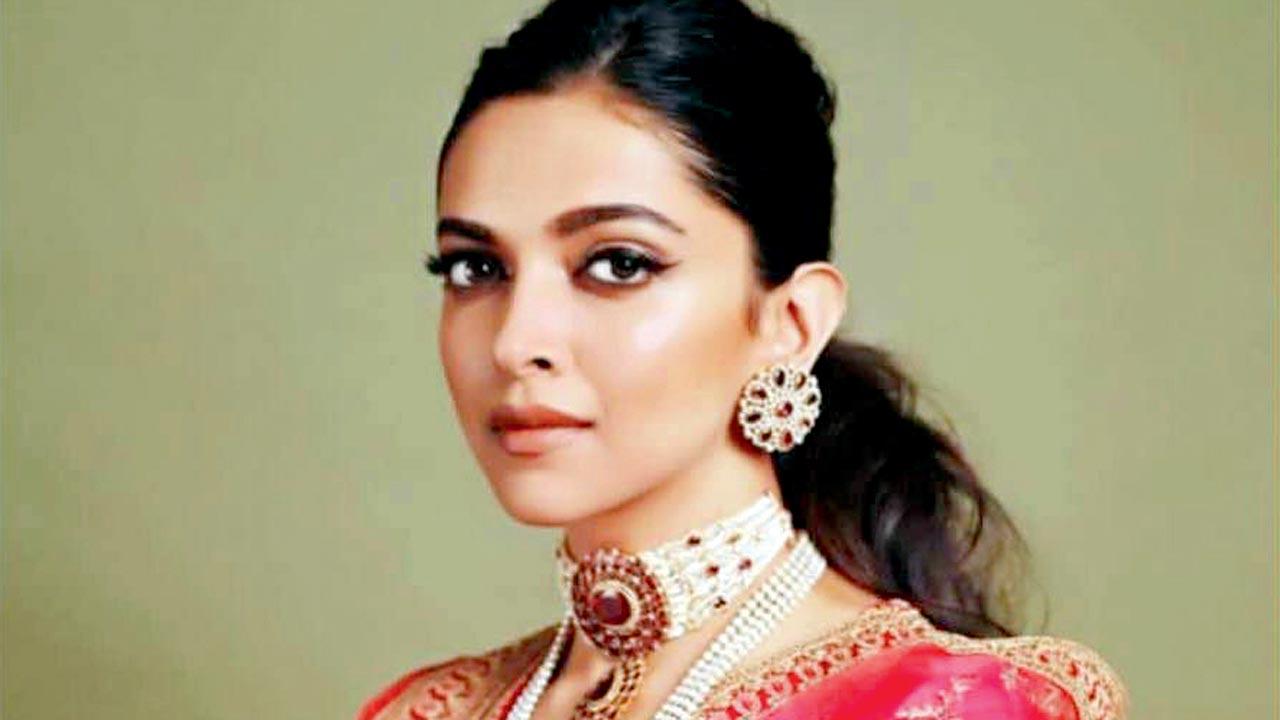 Ever since the trailer of BrahmÄstra released, there is plenty of talk about starry special appearances. While it is reported  that Shah Rukh Khan plays a pivotal role of a scientist in the Ranbir Kapoor-Alia Bhatt-starrer, now talk is that Deepika Padukone too has a cameo in it. The actor, who is close friends with Karan Johar and director Ayan Mukerji, apparently plays Jal Devi in the VFX extravaganza. It’s another thing that there’s no clear frame of the Gehraiyaan actor in the trailer. While it’s too early, it would be interesting to see what kind of role Deepika plays in the fantasy adventure saga.

Also Read: Have you heard? When Deepika Padukone was rushed to the hospital 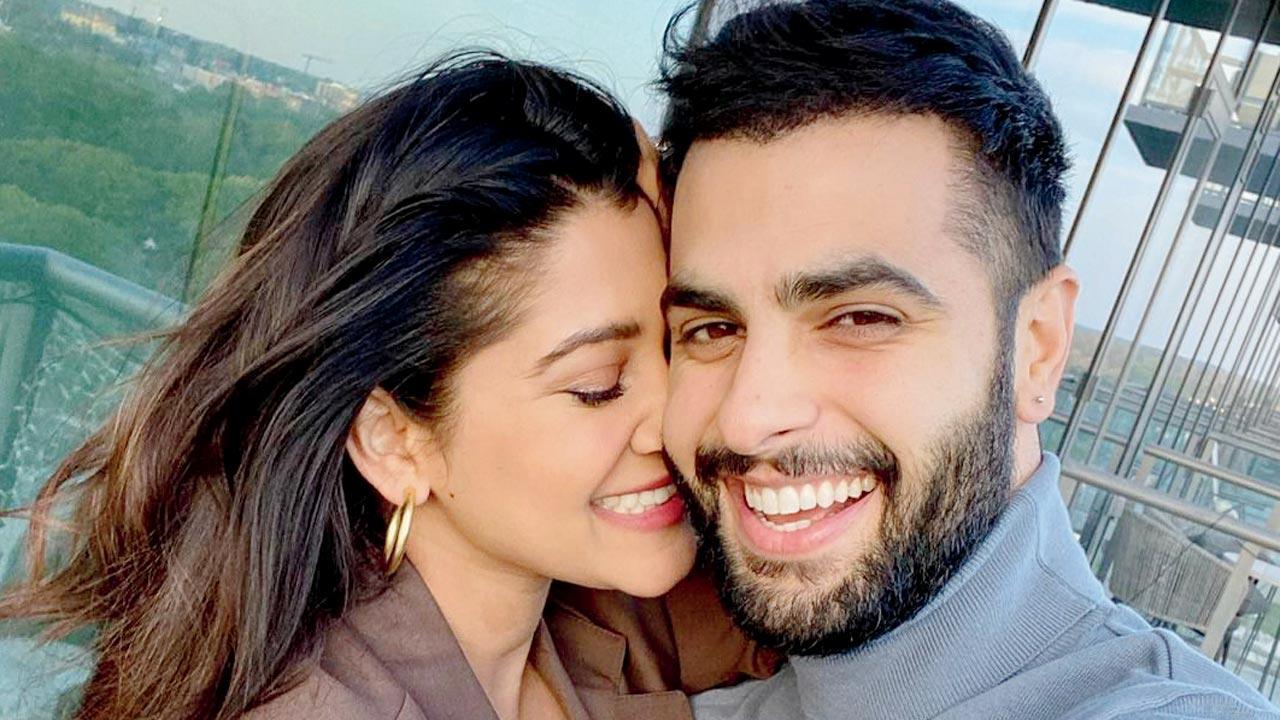 Ankur Rathee and Anuja Joshi, who have been in a relationship for 10 years, and got engaged in 2020, tied the knot yesterday. They had an intimate shaadi in the British Isles in the presence of their families and friends. It was a fairytale wedding at Hawkstone Hall, with the groom arriving at the venue —  an early 18th century mansion near Hodnet, Shropshire — in a horse-drawn carriage. Ankur and Anuja first met as co-actors while shooting a short film together in New York. 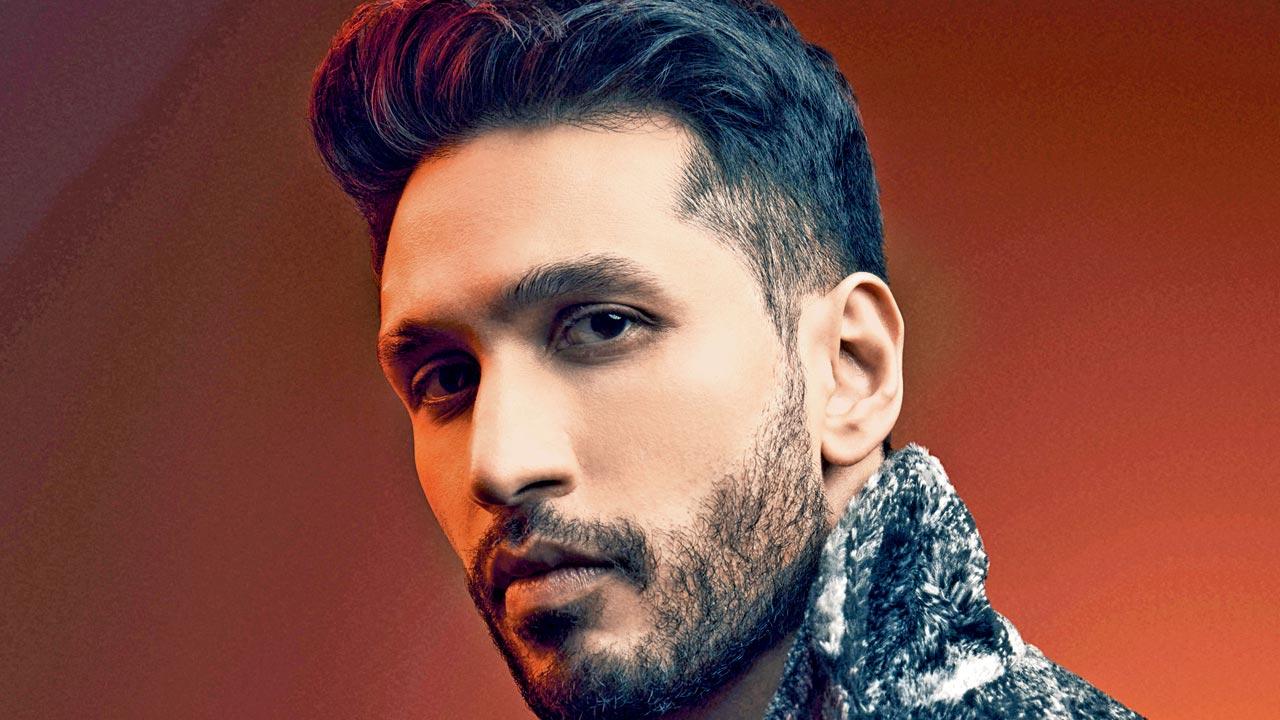 At a time when artistes prefer releasing one song at a time, Arjun Kanungo unleashed three songs from his debut studio album, Industry, yesterday. While Foto features Rashmeet Kaur and Ishq samundar features King, Everything sucks is the singer-composer’s rendition of Vaultboy’s number one international hit. Revealing that Industry was developed during the pandemic, Arjun says, “I started thinking and re-evaluating my journey in the music industry. I wanted to artistically put myself out there in a way I haven’t before. I wanted this album to be raw and real but hyperbolic in its vibe.” 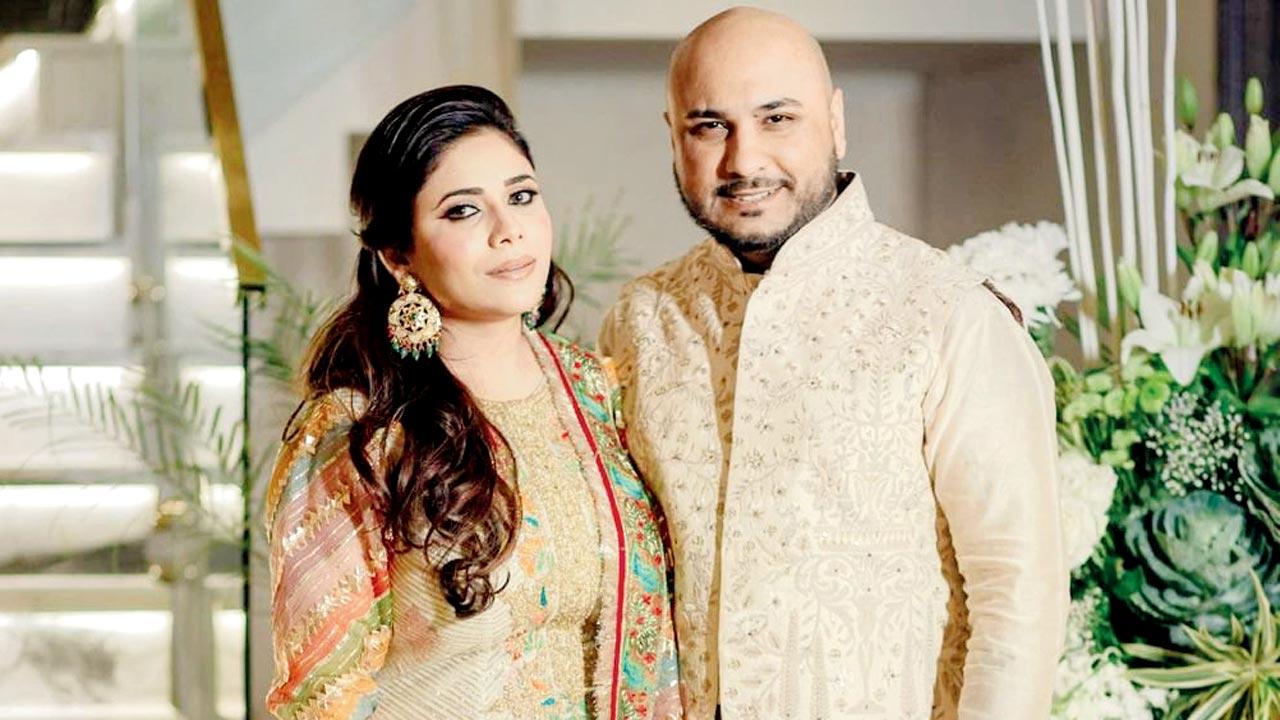 Singer B Praak and wife Meera Bachan announced on social media that their newborn baby passed away at the time of birth. The singer wrote, “It is the most painful phase we are going through as parents.” Thanking the doctors and the hospital staff for their efforts and support, he concluded, saying, “We are devastated at this loss and request you all to kindly give us our privacy this time.” 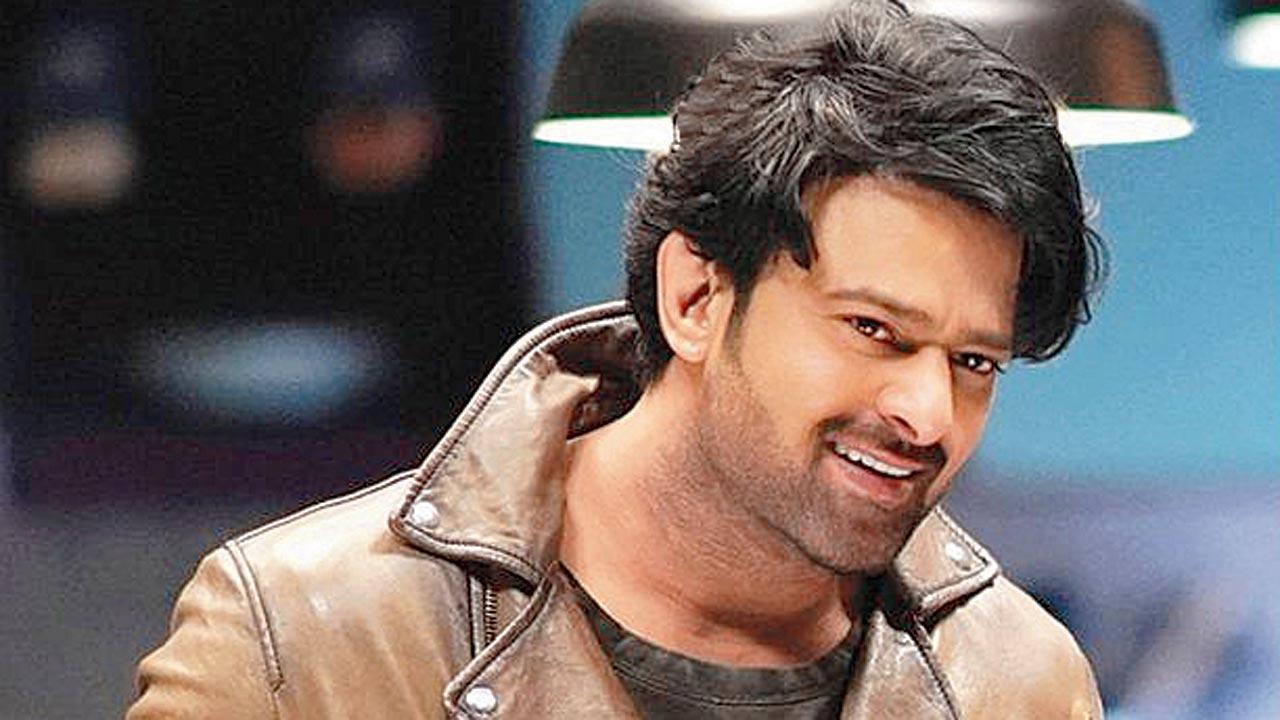 Prabhas, spotted attending Adipurush director Om Raut’s house party recently, seems to have dropped a few kilos. Director Prashanth Neel reportedly wanted him to shed the extra weight and get in shape for the action thriller, Salaar. Rumours are rife that Prabhas has a double role in the movie. Shruti Haasan plays his love interest in the film helmed by KGF director.

Also Read: Have you heard? Tiger to work with Varun’s director friend

Kriti has become a water baby 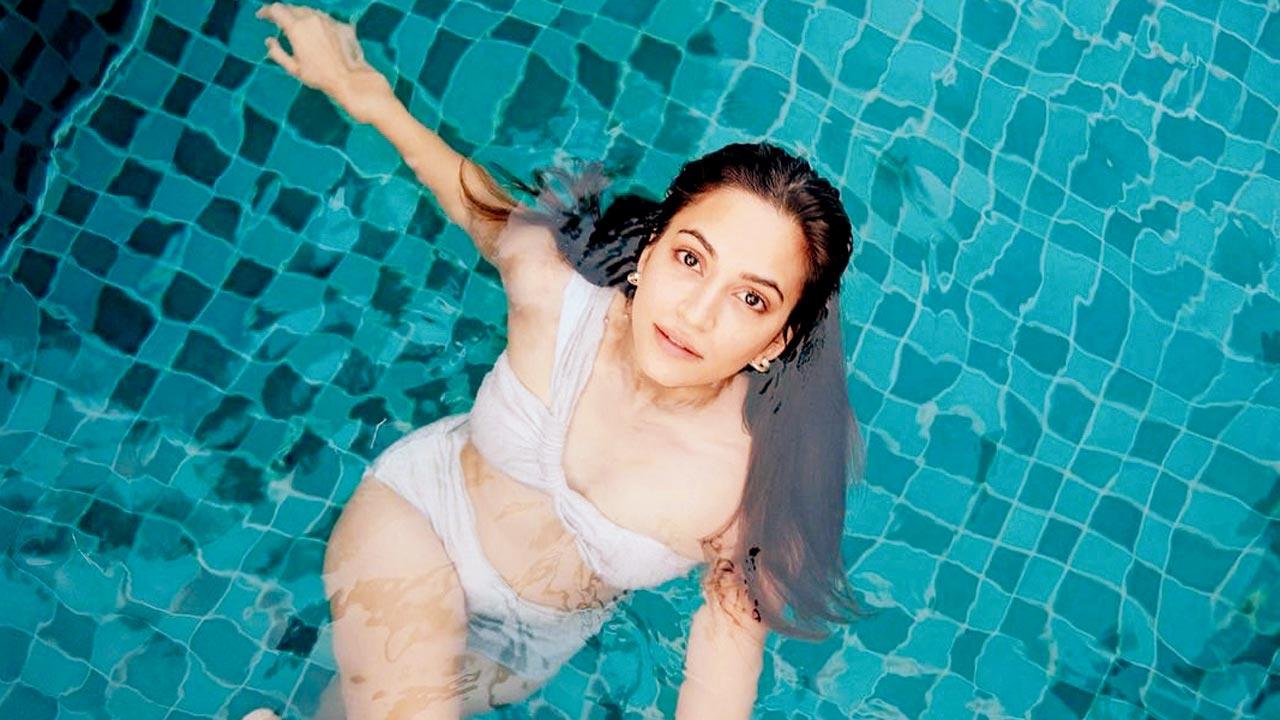 Kriti Kharbanda seems to have become a water baby. The actor, who was last seen in 14 Phere (2021), shared pictures from one of her marathon swimming sessions, saying, “From someone, who was afraid of sitting in a bathtub, I grew into a person who enjoys being in a pool. Ha ha! For me, this is growth.” That is some amazing growth, we tell you.

Gearing up for motherhood 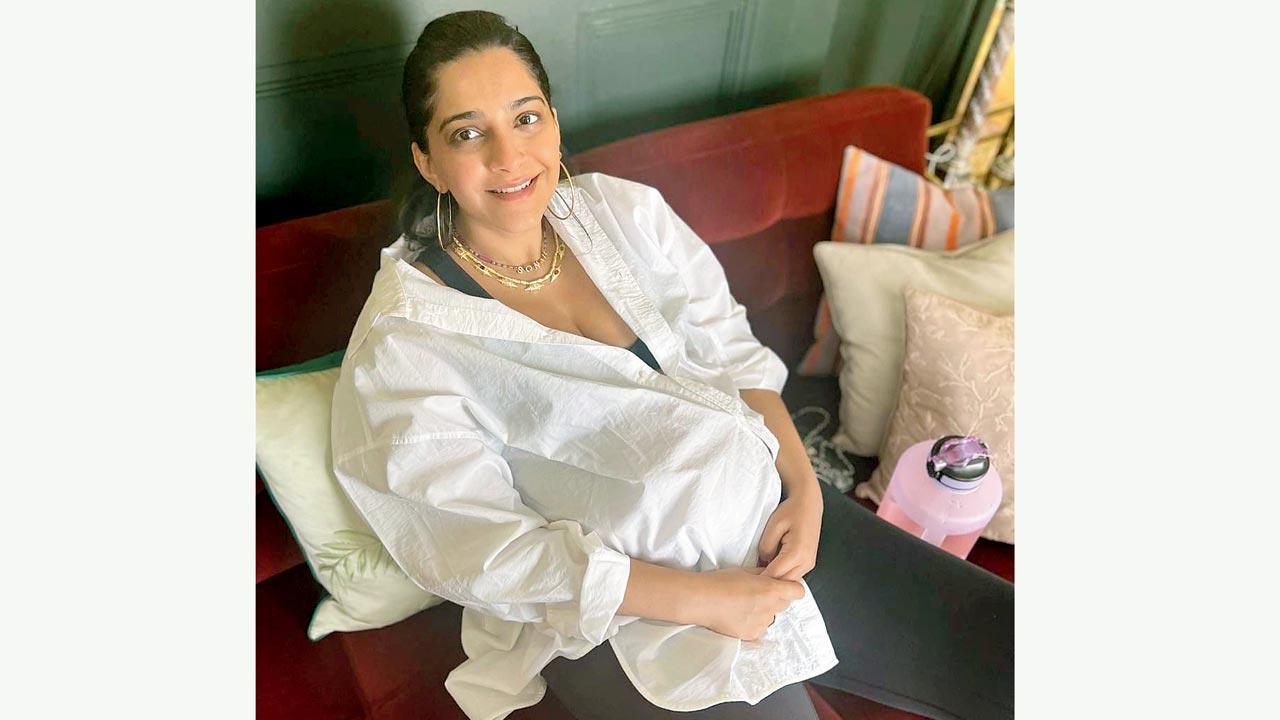 Sonam K Ahuja, who is expecting her first child with Anand Ahuja, had a baby shower at their London home. The Neerja actor opted for a pink maxi-dress for the occasion. Sister Rhea Kapoor and her husband Karan Boolani, who were holidaying with the parents-to-be in Paris recently, were also present at the ceremony. Sonam made sure the occasion also included diversity as transgender singer Leo Kalyan had been called for a performance. The mom-to-be is due in August. 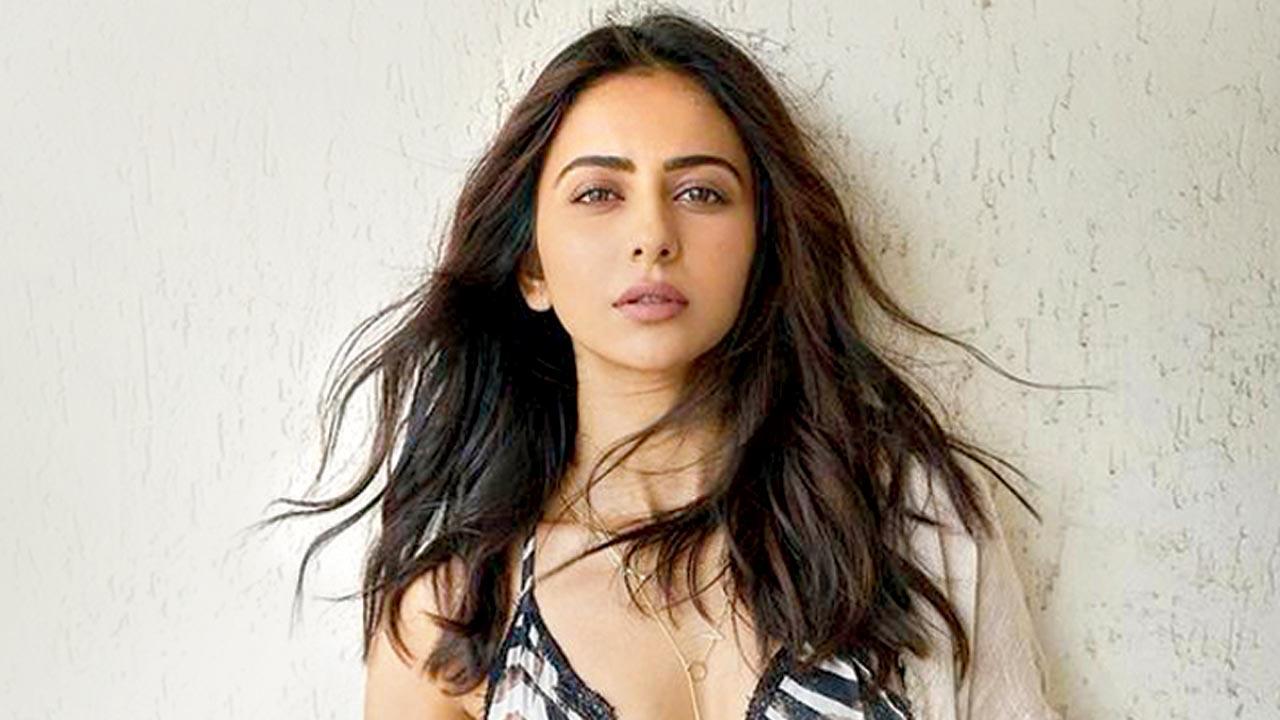 Rakul Preet Singh has signed on for producer Sunir Kheterpal’s light-hearted drama set in Mumbai. Slated to go on floors later next month, the yet-untitled heroine-centric film will be helmed by Nikhil Mahajan. The director’s Marathi movie, Godavari, earned accolades at its premiere at the Cannes Film Festival last month. Nikhil has also previously directed a zombie series, titled Betaal, for Shah Rukh Khan’s production house. The rest of the cast is yet to be finalised.