This year, the famous Lalbaugcha Raja mandal will be setting up a replica of Ayodhya’s Ram Mandir 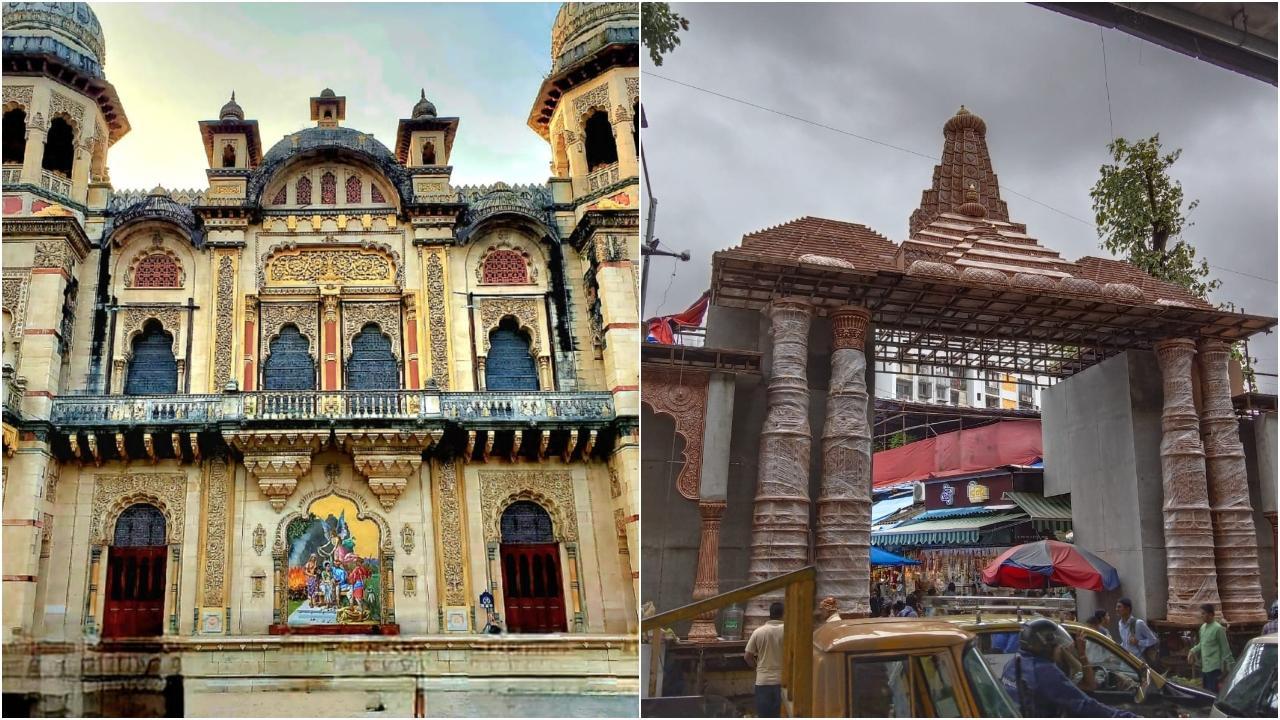 
With just three weeks left for the Ganeshotsav festival, big mandals across the city are preparing to welcome Lord Ganesh with various 'temple' themes for the pandals to attract visitors. The Ganpati mandals have started preparing the infrastructure of the pandal for the 11-days festival which starts from August 31.

This year, the famous Lalbaugcha Raja mandal will be setting up a replica of Ayodhya’s Ram Mandir. Sudhir Salvi, secretary, Lalbaugcha Raja Ganeshotsav Mandal said, “The work to build up the pandal and other infrastructure has already begun. This year, we are planning to keep the look of the main entrance gate as a replica of the Ram Mandir in Ayodhya. The work is going on presently. Other details will be revealed soon as the festival arrives.”

Another famous Lalbaug-based mandal that is coming up with different temple themes since two decades is Ganesh Galli mandal. The committee members have planned to replicate Varanasi’s famous Kashi Vishwanath temple as a pandal this year.

Ganesh Galli’s idol famously known as Mumbaicha Raja will be completing 95 years this year. Adhwait Pedhamkar, joint secretary of the mandal, said, “The role of Ahilyabai Holkar in the reconstruction of the Kashi Vishwanath temple is noteworthy. The Mughals tried to demolish the temple but it was rebuilt again. The temple has a significant history to narrate and we try to replicate historic temples every year so that people who are not able to visit these temples are able to see the replica of the temples in Mumbai.” 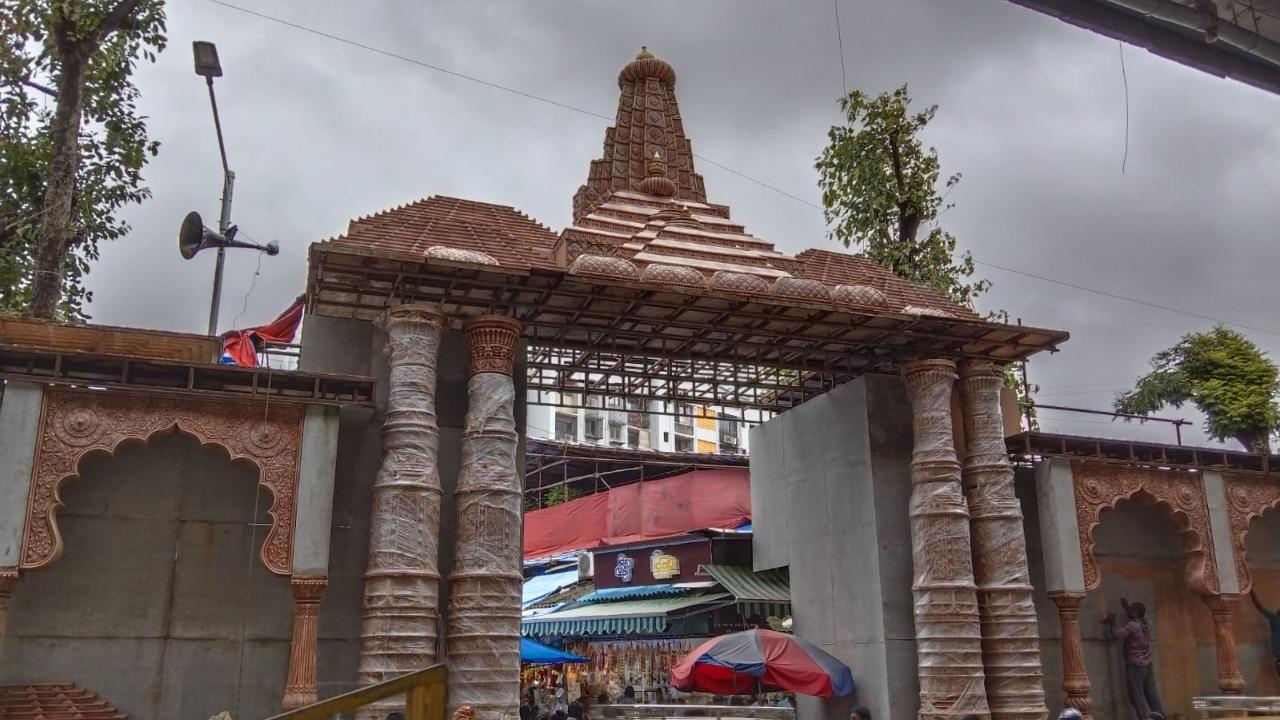 The main entrance of Lalbaugcha Raja pandal getting prepared for the festival. Pic/Anagha Sawant

Another city-based mandal that comes up with an iconic structure replica as decor for pandal is Andhericha Raja. This year, the Andheri-based mandal has decided to skip the usual temple theme decor and make a replica of the Laxmi Vilas Palace situated in Vadodara, Gujarat.

Uday Salian, a spokesperson of Andhericha Raja, the Azad Nagar Sarvajanik Utsav Samiti, said, “The Laxmi Vilas Palace was constructed by a prominent Maratha family in Vadodara. We thought of making this beautiful palace as decor this year as not many are aware of it. People should explore this palace as the historic importance is not known to many.” Like Lalbaugcha Raja, this pandal is visited by many Bollywood celebrities for darshan (offering prayer).

Salian added, “Like every year, the idol will be 8.5 feet tall. We reduced the height in the last two years because of the Covid-19 restrictions and guidelines.”

In one of the Kalachowki pandals, a replica of Indra Darbar has been planned. Aman Dalvi, secretary of Kalachowki Utsav Mandal, said, "We don’t have a particular theme to follow every year. We ask the artist to see the samples of pandal decor and we select the one which look attractive and appealing to the public. This year, we have shortlisted Indra Darbar as a theme. The work on it will begin soon. We have already brought the idol to the pandal.”

Besides this, a Chembur-based mandal has started preparing to build a decor depicting 75 years of India’s Independence. Jaya Shetty, vice president of Sahyadri Ganapati and Krida Mandal at Tilak Nagar, said, “We will have a 3.5 feet idol with a theme decor of ‘Azadi ke 75 Saal’. The attractive scene will be created by Rahul Parab and Nikhil More. The idol will be immersed in an artificial pond in the colony.”

In the past, they have made replicas of the Solapur-based Akkalkot temple, Ayodhya's Ram Mandir.