Ahead of Christmas, Mid-day Online spoke to distinguished people from different fields, who share a common love for food. In the first part, Mumbai-based heavy metal musician Sahil Makhija shares the recipe for a dish he thinks people will love for the occasion 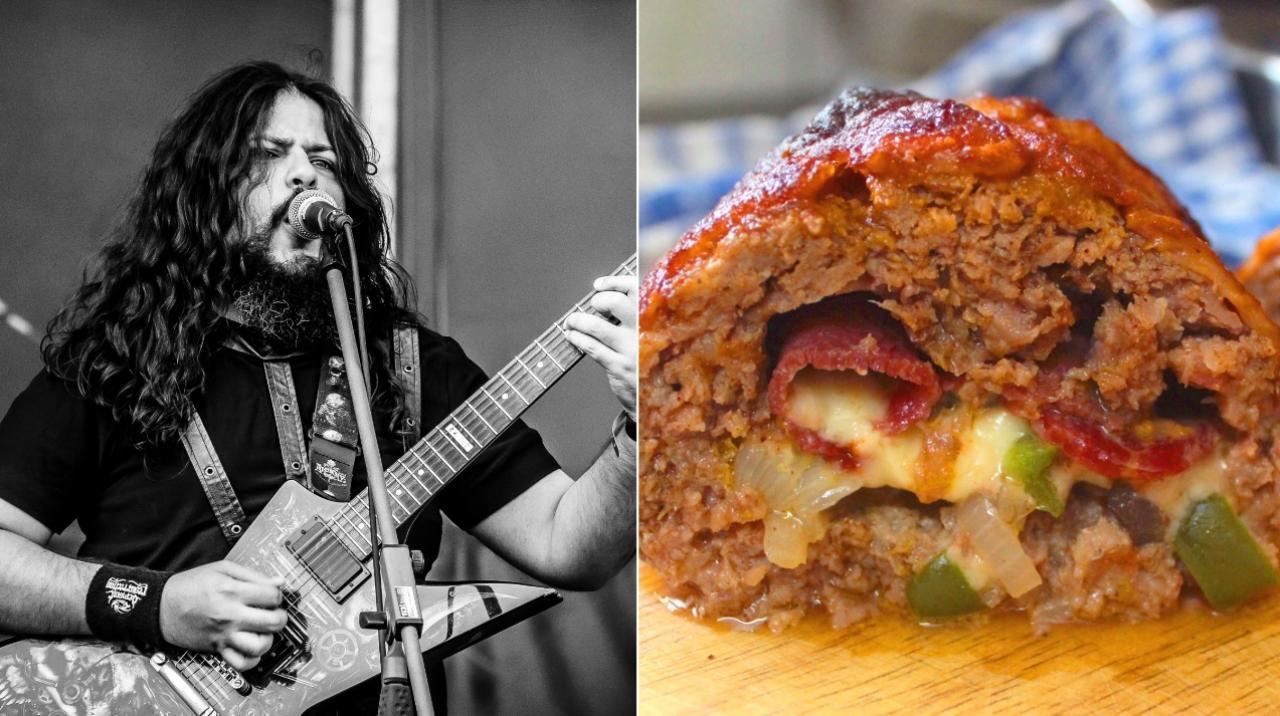 Mumbai musician Sahil Makhija, who is also the founder of YouTube channel Headbanger’z Kitchen, suggests making his Bacon Bomb this Christmas because it is perfect for celebrations. Photo Courtesy: A.A Photography/Headbanger’z Kitchen


If there's one aspect of Christmas that attracts Mumbai death metal musician Sahil Makhija, it is the food. While he doesn't particularly celebrate the festival of the Catholic community, he has enjoyed the occasional popular dishes that brought together people during this time of the year, among other food that he has enjoyed during this time of the year. "I've usually had an interest around the food that is available during the festive season that isn't available throughout the year like the turkey. On some occasions, friends have met up to enjoy the celebratory food too."

In fact, Makhija’s first and probably last proper memory of doing anything for the festival was when he was a child. "Since my mother went to a convent school, there must have been one or two times where a Christmas tree graced our house, but I don't remember it being done after. Maybe she did it because we were children and most likely enamoured by the activities around the festival," he shares.

So it is no surprise when Makhija, who identifies as an atheist, has one love that transcends all religious celebrations and that is food. Interestingly, the 40-year-old Khar resident also wanted to be a chef, only to find out later that he loved metal music more.. This meant that he had to postpone any professional attempt at making food. In 2000, the Mumbai singer founded Demonic Resurrection, one of Mumbai and India's foremost death metal bands for the last two decades.

After a little more than a decade, he decided to marry his love for music and food to start Headbanger’z Kitchen, a YouTube channel dedicated to metal bands and fans. "The channel started as a fun thing because I play death metal and that's not something that pays the bills. So, this was where I brought my love for death metal and food together." The city-based musician would interview a band and then cook a dish and make them taste it. Almost five years later, not seeing the desired results in terms of money and viewership, he made a switch. "I was on a keto diet at the time, so I made keto food videos as and when I could with myself and one camera," he adds. At the time, he made a pizza with cauliflower, and as it turns out, the channel blew up and it has now become his career as a YouTuber.

So, what dish would he suggest that people make for Christmas? Makhija suggests making a Bacon Bomb, and one could also explore the Keto Bacon Bomb, which he created, while following a keto diet till three years ago. The bacon bomb, he says, is simply like a meatloaf with a lot of stuffing. “It is stuffed with cheese, crispy bacon, ham and vegetables. It is all wrapped in bacon and covered in barbecue sauce and baked,” he shares.

Method:
1. Season the pork with salt, pepper, paprika, cayenne pepper and garlic bread seasoning.
2. On a cutting board lay down some cling film and spread the pork mixture to form a square.
3. Grate the zest of the lemon and add the onions, peppers, pastrami, olives and cheese.
4. Use the cling film to roll the mince into the shape of a log and set carefully into the fridge after packing tightly.
5. Lay down the strips of bacon on the cutting board and place the pork meat log on top and wrap with the bacon.
6. Cover the log with the BBQ sauce and bake for 45 minutes at 200C in the oven.
7. After 20 minutes of cooking, baste one more time with BBQ sauce.
8. Allow the bacon bomb to rest for 15-20 minutes after cooking and then cut and serve.

Also Read: Of kulkuls, cake and guava cheese: Why ‘Kuswar’ is good old comfort on a plate

Next Story : Mumbai chefs, sommelier tell you how to pair your wine with your food